Diplomatic Delegation Sent to Zurich by Biden to Meet Chinese 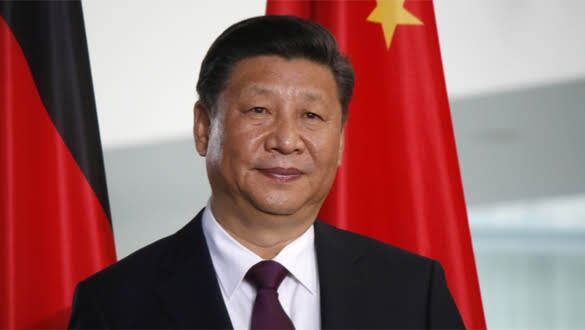 President Joe Biden is dispatching White House national security adviser Jake Sullivan for talks with senior Chinese foreign policy adviser Yang Jiechi in Switzerland. The two countries find themselves at odds on a variety of issues, including Taiwan and trade.

In a statement issued on Monday, the White House criticized Beijing for a protracted period of military harassment of the self-ruled island of Taiwan that had lasted several days. The conference in Zurich is planned for Wednesday.

This week, the White House voiced concern that Beijing’s “provocative” activities were jeopardizing regional peace and stability, according to the White House. Beijing has categorically rejected the accusations.

In recent days, according to official figures, China has sent a large number of fighter jets to Taiwan, including a record-breaking 56 fighter planes on Monday alone.

It has been reported that Katherine Tai, the United States Trade Representative, wants to have frank talks with Chinese officials in the following weeks about an interim trade deal that would put an end to a tariff war between the two countries.

In a firm voice, Tai said, “I don’t want to exacerbate trade tensions with China.”

President Donald Trump placed severe tariffs on China, and President Joe Biden said he would continue to enforce the tariffs during his speech.

The most recent invasions occurred as Taiwan attempted to become a member of a major regional trade pact, prompting the invasions.

Western efforts to provide Taiwan the appearance of independent nation status have been met with fierce opposition by Chinese officials, who have expressed their opposition to the application for independent country status.

Chinese President Xi Jinping views the democratically ruled island of Taiwan as his territory, which he wants to conquer by force if necessary.

It has refused to recognize the island’s government. It has worked tirelessly to isolate President Tsai Ing-administration, which has a pro-independence bent, from the rest of Taiwan.

Taiwan receives diplomatic and military support from the United States, which, in accordance with long-standing policy, does not explicitly commit itself to protect the island country in the case of a Chinese invasion.

Suppose President Joe Biden is questioned about the recent increase of provocations by Chinese fighter planes. In that case, he responds that he has previously spoken with Chinese President Xi Jinping about Taiwan and that his administration wants to “adhere to the Taiwan accord.”

As part of the Obama administration’s ongoing campaign against China, President Joe Biden has repeatedly criticized the country for what the administration considers to be coercive trade practices, human rights abuses against ethnic minorities, and handling of the coronavirus pandemic originated in the country’s Wuhan province.

As part of the administration’s criticism of China’s human rights violations against ethnic minorities, President Biden has also spoken out against the country.

While acknowledging that the two sides have ideological and political differences, the administration has expressed confidence that the two sides would work on issues of mutual concern, such as climate change and the prevention of a nuclear disaster on the Korean Peninsula.

According to administration officials, interactions with high-level Chinese officials have been less than fruitful. They have expressed their dissatisfaction with the situation from the government’s inception.

The Chinese government claimed that the United States had ordered it to stop interfering in its internal affairs when Secretary of State Antony Blinken and Yang met in June. It accused Washington of politicizing an investigation into what caused the COVID-19 epidemic, which is still under investigation.

While visiting with top Chinese officials in Anchorage in March, Sullivan and Blinken were in a heated debate with Yang, who was also involved in the dispute.

Ahead of the meeting, Yang criticized the United States for failing to address its human rights problems. He voiced his dissatisfaction with what he saw as American hypocrisy and hypocrisy.

A South China Morning Post report was the first to report that Sullivan and Yang would be meeting in the near future.

According to his itinerary, Sullivan will also go to Brussels and Paris to speak with allies this week.

Tensions escalate between China and Taiwan