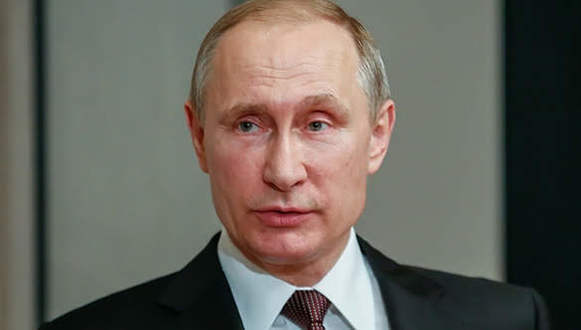 President Joe Biden communicated his concerns directly to Putin, pushing him to participate in de-escalation and diplomacy after the National Security Advisor's harsh warning for all Americans to leave Ukraine.

As part of an urgent diplomatic effort to resolve the issue, German Chancellor Olaf Scholz traveled to Ukraine on Monday for discussions before traveling to Moscow on Tuesday, according to the German Foreign Ministry. Ukraine has called on Russia to explain its dangerous military buildup near its border.

The arrival of German Chancellor Olaf Scholz in Kyiv on Monday is part of an increasingly urgent diplomatic effort to avert a full-scale invasion of Ukraine, with Russian warships massing off Ukraine's Black Sea coast and the United States warning that Russian ground forces are poised to strike from multiple directions.

The Biden administration is warning that a Russian invasion is possible; publicly available satellite imagery has revealed a massive Russian military buildup in and around Ukraine, including missile-armed naval vessels and infantry, tank, and airborne regiments capable of striking from multiple angles.

Mr. Kirby, the Pentagon's press secretary, said on Sunday that the United States has "strong intelligence sources" that suggest that "things are kind of building now to some kind of crescendo opportunity for Mr. Putin."

While Russia has said on several occasions that it has no ambitions to invade its neighbor, it has continued to build up its stockpile of weapons that threaten the country.

At a time when Ukraine's government has attempted to maintain calm, the country's foreign minister, Dmytro Kuleba, has stated that Moscow must provide an explanation for their actions, as well as "fulfill its commitment to military transparency; to de-escalate tensions and enhance security for everyone."

There is an ever-growing list of nations urging their nationals to leave Ukraine. Foreign diplomats continue to evacuate embassies, notably the United States, which was told on Saturday to reduce its manpower to the "bare minimum." Some countries, including the United States and the United Kingdom, have even begun to withdraw their personnel from a monitoring mission run by the Organization for Security and Cooperation in Europe (OSCE), which has been tracking fighting between Ukrainian troops and Russian-backed rebels in the country's eastern region since 2014.

Western officials have warned that Russia may attempt a so-called false flag strike — effectively arranging an event to make it seem as if it was done by Ukrainian troops — or other provocation as a pretext for launching military action against the country shortly. And the Ukrainian government has expressed its displeasure with the decision to withdraw independent monitors at a time when they could be most required.

Moscow has insisted that Ukraine never be allowed to join NATO. It has also asked for the withdrawal of NATO soldiers from Eastern Europe – views that the West has dismissed as nonstarters, which reflect the enormous divide that diplomacy has so far been unable to overcome.

Following a meeting with Ukrainian President Volodymyr Zelensky on Monday, Mr. Scholz will go to Moscow on Tuesday to meet with Russian President Vladimir Putin. With previous attempts at shuttle diplomacy between Moscow and Kyiv failing miserably, Mr. Scholz would become the latest Western leader to attempt the feat — and there is little reason to believe that Mr. Scholz, who until recently had failed to take a strong stance in the crisis, would fare any better.

However, the constant drumbeat of high-level diplomatic discussions raised optimism that the world might be brought back from the verge of a conflict that virtually all observers agree would be disastrous.

Mr. Zelensky talked with Mr. Biden by phone on Sunday and urged him to visit Kyiv, adding that the visit may "help to de-escalation." Mr. Biden accepted the invitation.

During the conversation, Mr. Zelensky stated, according to an official Ukrainian account of the conversation, "I am convinced that your arrival in Kyiv in the coming days, which are crucial for stabilizing the situation, will be a powerful signal." He also stated that the Ukrainian capital was "safe and under reliable protection."

The United States Embassy in Kyiv, on the other hand, was fast decommissioning, making a presidential visit doubtful.

US: Over 130,000 Russian troops now staged outside Ukraine