Did Trump Illegally Weaponize the IRS Against His Political Enemies? 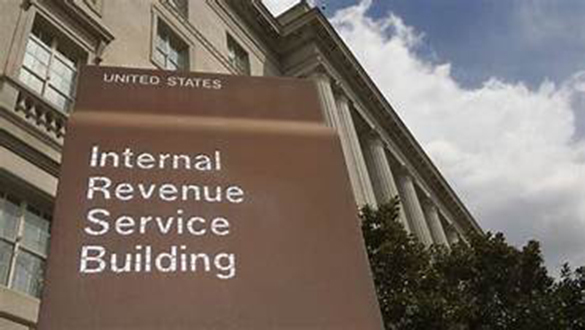 The sudden IRS audits of FBI Director James Comey and his top deputy Andy McCabe may have been triggered by the notoriously vengeful former President Trump, according to The New York Times.

Former President Trump and some of his henchmen may have torn a page out of President Nixon's dirty tricks book by arranging a rare intensive IRS audit after FBI Director James Comey, and his top deputy Andy McCabe became the FBI's acting director.

According to the New York Times, former FBI Director Comey, whom former President Trump fired in 2017 for setting in motion an FBI investigation into the Trump campaign's ties to Russia, and McCabe, who was also fired after continuing and intensifying the investigation into Trump's ties to Russian interference in the 2016 election. After being fired, the two were selected for a "random" audit known as an "autopsy without the benefit of death."

The chances that the IRS triggered these audits on its own are extraordinarily slim. Out of approximately 153 million individual tax returns filed in 2017, only about 5,000 people are selected for this type of invasive audit each year.

It's not believable that Comey, McCabe, and their spouses were targeted for these intensive audits after being fired. The two men were selected for an IRS research program that uses "compliance research examinations" to try to catch tax cheats.

Unlike typical audits, these intensive IRS audits force individuals to produce bank records, copies of checks, receipts, and letters, effectively recreating their finances for the year in question. The process takes months and often costs thousands in accountant fees. Comey, for example, had to produce pictures of his children to justify his dependents.

The IRS sent letters to both men saying…

"Your federal income tax return for the year shown above was selected at random for a compliance research examination."

"We must examine randomly selected tax returns to understand tax compliance better and improve the tax system's fairness. We'll allow you to explain any errors we may find during the examination."

The incredibly great odds of both men being selected at random raised questions about whether Trump appointees in the government or at the IRS purposely targeted them, noted Times reported Michael Schmidt.

"Lightning strikes, and that's unusual, and that's what it's like being picked for one of these audits."

"The question is, does lightning strike again in the same area? Does it happen? Some people may see that in their lives, but most will not — so you don't need to be an anti-Trumper to look at this and think it's suspicious."

IRS Commissioner Charles Rettig, a Trump appointee who remains on the job, declined an interview with the Times but said in a statement that he was not involved in any audit. According to a statement from the IRS given to the New York Times:

"Commissioner Rettig is not involved in individual audits or taxpayer cases; those are handled by career civil servants," "As IRS commissioner, he has never been in contact with the White House — in either administration — on IRS enforcement or individual taxpayer matters. He has been committed to running the IRS impartial, unbiasedly from top to bottom."

However, IRS did not specifically comment or, more importantly, deny the two audits were targeted by the former President of his political appointees but said it forwards any allegations of wrongdoing it receives to the Treasury Department for "further review."

It is illegal under federal law for nearly anyone in the executive branch to request an IRS audit of a specific individual's taxes. This didn't stop President Nixon from targeting his political enemies with tax audits. Ironically Nixon himself went through an audit which discovered he had underpaid his income taxes by $500,000.

Despite Comey's audit, which lasted over a year, the IRS concluded that he and his wife overpaid their federal income taxes and received a $347 refund, according to the NY Times.

"I don't know whether anything improper happened, but after learning how unusual this audit was and how badly Trump wanted to hurt me during that time, it made sense to try to figure it out."

"Maybe it's a coincidence, or somebody misused the IRS to get at a political enemy. Given the role Trump wants to continue to play in our country, we should know the answer to that question."

According to McCabe, his audit found that he and his wife owned a small amount of money, which they paid.

"The revenue agent I dealt with was professional and responsive,"

"Nevertheless, I have significant questions about how or why I was selected for this."

Want a professional, institutional run daily morning market report each day before the markets open in the United States? Subscribe to Wall Street Rebel, and you'll receive the morning briefing and approximately $17,500 in financial and investment tools? Subscribe here.

For those who may doubt Trump's involvement in using the IRS against his enemies, it's important to remember that months before McCabe's audit, Trump publicly questioned McCabe's finances, repeating a false claim about donations that his wife received when she ran for a Virginia state Senate seat.

"Was Andy McCabe ever forced to pay back the $700,000 illegally given to him and his wife, for his wife's political campaign, by Crooked Hillary Clinton while Hillary was under FBI investigation, and McCabe was the head of the FBI??? Just askin'?"

According to the New York Times article…

"The Justice Department in October 2021, under new Attorney General Merrick Garland, reinstated his pension and cleansed his personnel record. He was informed his audit was completed last month."

Neither McCabe nor Comey was aware they both were suddenly audited. McCabe claimed he was directly targeted for the audit and now appears to have been proven correct. McCabe told CNN…

"There were no penalties; there was no fine or anything like that; it was a really pretty minimal thing in the end. But it's nerve-wracking, you know, it's, kind of, you know – it's scary to be … targeted like that."

"I don't know what happened here. And like I said, I think they handled the business, okay, you know, the person I dealt with was fine, but the question remains, how was I selected for this?"

McCabe called for an investigation into the audits.

"It just defies logic to think that there wasn't some other factor involved,"

"No coincidence, for sure. Odds are 30,000 to 1; this kind of political targeting is a serious federal crime."

The FBI must immediately open a serious investigation into these and any other intensive audits targeting Trump's political enemies.