Did the US Mislead Its Citizens and Allies over Afghanistan Plan? 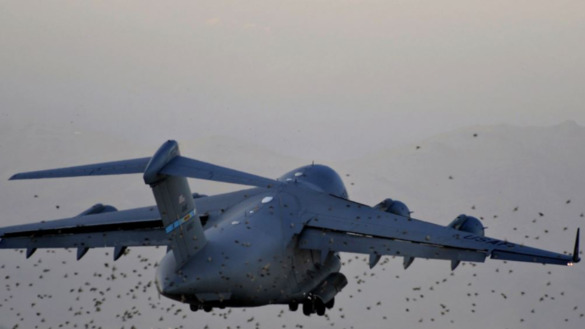 Since the US invasion of Afghanistan in the wake of the 9/11 attacks, the United States struggled to explain its purpose. The goal was evident from the start: apprehend Osama bin Laden, the attacker. But the aims quickly got murkier and more complex.

According to an expert, the United States has misled its friends and citizens about Afghanistan for more than two decades because Washington never really had a "plan."

Even though the Pentagon is scrambling to meet President Biden's August 31 deadline, there are concerns that the United States' "schizophrenic" foreign policy could result in troops returning in the future.

Taking control of Afghanistan's capital, Kabul, marked the Taliban's emergence on August 15, 2021. After fleeing the nation, the Afghan president In recent years, the Taliban has gained control of almost all Afghanistan. It signifies the end of an era: America's longest war has come close and has suffered a significant defeat. That was when it happened, and it happened quickly, taking the globe by surprise and sending many people around the country scrambling to find an exit.

Despite this, many people, even those startled by how the war ended, thought it was doomed to failure long ago. According to some scholars, the seeds of doom were sown as early as the commencement of the war in Europe.

As a result of the September 11 attacks, the United States administration has struggled to explain why the military was stationed in Afghanistan since its inception in 2001. The goal was relatively apparent from the start: apprehend Osama bin Laden, the mastermind behind the September 11 attacks. However, the objectives became murkier and more challenging to achieve almost immediately.

More than 80,000 Americans have been evacuated in haste since August 14, the day before the Taliban took control of the Afghan capital of Kabul, according to the United Nations.

Democrats and Republicans have both condemned Biden for the evacuation. However, Adam Weinstein of the Quincy Institute for Responsible Statecraft believes that several US administrations have "mismanaged" the war as a whole.

"The United States administration misled its citizens and, in certain cases, its partners for the last two decades," he said in an interview with The Sun.

It should have spoken with its NATO allies more frequently about its preparations for exit from the alliance.

Because the United States never really had a plan in Afghanistan to begin with, it's challenging to keep your allies in the loop when you don't even know what your next move is, according to a senior military official.

Despite Vice President Joe Biden's pledge to withdraw troops from Afghanistan by August 31, it is possible that the military could be forced to return to the country to combat terrorist threats posed by ISIS-K and Al Qaeda.

According to reports, in the aftermath of bombings in Kabul that left hundreds of Afghan civilians dead, at least 13 US soldiers were killed.

"There is always the chance of the military returning if the security situation in Afghanistan deteriorates," Weinstein added. "I believe that would be a mistake, as we need to learn the proper lessons from this experience." If we return to Afghanistan and take another bite of the apple without first absorbing the lessons of the last two decades, I believe we would be making a grave mistake."

Vice President Joe Biden is the fourth president to take on the Afghan situation - two decades after George W. Bush dispatched troops to the country following the September 11 attacks to exterminate worldwide terrorism.

According to CNN, President Barack Obama declared the end of combat operations in Afghanistan in 2014, but he could not evacuate all soldiers because the country remained "unstable."

During his presidential campaign in 2016, Trump pledged to send troops home, and he secured a peace agreement with the Taliban in 2020 that prepared the path for soldiers to return home.

"The simple line is that our work is not finished," he told CNN. We'll have to go after ISIS if we want to succeed. Assuming that Al Qaeda resurrects itself, as they undoubtedly will with this Taliban, we will almost certainly have to go back in. I realize that we are attempting to get our soldiers out of Afghanistan, but the bottom truth is that we can leave a battlefield. Still, we cannot leave the War against Terrorism, which continues to pose a threat to our national security."

On the other hand, Weinstein anticipates that US forces will be evacuated by August 31 and that NATO partners will follow suit.

He does not believe the military will return for the purpose of evacuation. Still, he believes there will be a "continuous effort" behind the scenes to bring Americans back to their homes.

According to Biden, who spoke on Tuesday, "We are currently on track to finish by August 31." The sooner we can complete our work, the better. Every day of combat activities increases the risk to our troops."

The president has been subjected to a storm of criticism from members of Congress because of his scheduling.

Rep. Steve Scalise stated, "We must make it a high priority to inform the Taliban that we want to withdraw all of our forces from Afghanistan, regardless of the schedule that was first established."

And Democratic Congressman Adam Schiff believes it is "difficult to envision" that the airlifts would be completed before the end of the month.

According to reports, troops are having difficulty meeting the president's "arbitrary" deadline.

According to Fox journalist Jennifer Griffin, troops stationed in Kabul have been assigned an "impossible mission." she stated.

Weinstein urged that the United States and European countries maintain a diplomatic presence in Afghanistan to potentially exert pressure on the Taliban government.

"Any time the United States disengages diplomatically is a mistake," he stated.

When the Taliban controlled Afghanistan for the last time in the 1990s, they were infamous for imposing a cruel system on its citizens.

Women and girls were brutalized and oppressed by henchmen.

"It will be interesting to watch whether the United Nations and individual countries across the world can use diplomacy and aid as incentives to persuade the Taliban to make concessions on relatively minor issues," Weinstein added.

We'll have to temper our expectations a little, but if we can prevent Afghanistan from falling into famine and ensure that girls can continue to attend school, it would be worthwhile to work toward that goal."

In the wake of warnings that the country may run out of food by September, western governments have begun the process of cutting off humanitarian help to Afghanistan.

"We are entirely focused on Kabul and the airport, but we have an entire country that is on the verge of starvation," Weinstein added.

"We have a humanitarian catastrophe that's looming in the weeks ahead, and once troops leave the airport, it's going to be important for the world not to forget about Afghanistan."

How the US created a disaster in Afghanistan