Did Rep. Gohmert Infect A.G. Barr, and other Republicans? 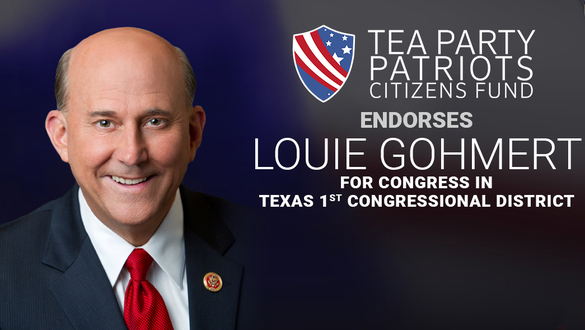 One of the most toxic members of Congress, Texas Republican Rep. Louie Gohmert (66), not only refused to wear a mask to protect his fellow constituents, has now tested positive for coronavirus due to his ignorance.  Now, we wait to see who he infected.

Many Democrats consider Congressman Louie Gohmert one of the most distasteful Republican members of Congress tested positive for the coronavirus Wednesday shortly before he was expected to travel with President Donald Trump to Texas.

Gohmert was among the Republicans who attended Attorney General William Barr’s hearing before the House Judiciary Committee yesterday, sitting for hours in a hearing room with dozens of other lawmakers. Gohmert was seen throughout the day yesterday without a mask conferring with not only Attorney General Barr but with many other house Republicans, all of whom were not wearing masks either.

Attorney General William Barr is 70 years of age, and to put it politely, he is more than obese. Between his age and weight, if Barr contracted coronavirus from Louie Gohmert, Barr’s chances of surviving the infection aren’t good. For that matter, given Gohmert’s age and his weight, his chances of survival aren’t good either.

Gohmert had direct contact with other Republican lawmakers and staffers yesterday, all of whom should be tested and quarantined as soon as possible. Something the 19 Miami Marlins players and coaches is going through right now. However, they are almost all young in great physical shape. For most of them, a quick bounce back is predictable in 10-20 days.

Gohmert, Barr and other elderly lawmakers, on the other hand, could all wind up on a ventilator. Once on a ventilator, Barr, Gohmert, and anyone they may infect has a 50/50 chance of survival, and even if they do, they recover they would likely have a traumatic health crisis, which would leave them both with long term health problems.

“I would remind Mr. Jordan, Mr. Biggs and Mr. Johnson, to stop violating the rules of the committee.”

“To stop violating the safety of the members of the committee, to stop holding themselves out as not caring by refusing to wear their masks.”

Louie Gohmert was there, but at that point, Nadler didn’t chastise him, but one can wonder if the three Republicans Nadler did rebuke were infected yesterday by their colleague Gohmert.

Complicating Gohmert’s coronavirus infection is his insistence that his Washington staffers wear masks and work in his capitol office.  Word has leaked out that he has berated his staff when they’ve tried to wear masks. This raises the question as to whether if any of Gohmert’s staffers become infected, will they end up suing him. The irony, of course, is if Gohmert is sued and found responsible for infecting his staff, we the taxpayers will get stuck with the bill.

Another thing to consider is if Bill Barr were infected yesterday, the way the disease progresses would mean he and anyone Gohmert infected could end up hospitalized in 2-4 weeks long before the election. Even before the October surprise, which is rumored to be tied to indictments of the Obama Administration, FBI, and Justice Department officials. If Barr is on a ventilator, will U.S. Attorney John Durham have the guts to play his and Trump’s fool?