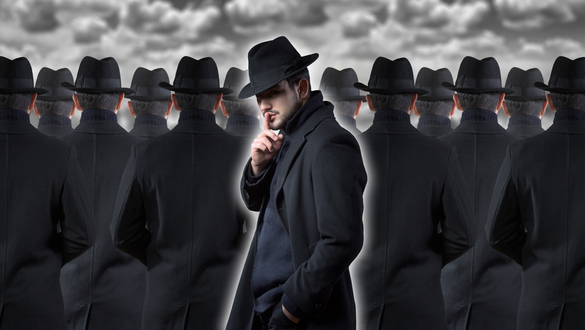 AG Barr failed to staff the federal prison that Jeffrey Epstein died. He ignored complaints from the guard union about horrible working conditions, ridiculous overtime requirements, and poorly trained substitute guards among who were nurses, and other federal employees that had no business working in federal prison.

Oh, the outrage! The anger! Now bellowing from Attorney General Barr over the death of Jeffery Epstein his father’s and President Trump’s old friend. The question still stands, did AG Barr at the direction of President Trump facilitate the convicted sex offenders murder?

Is William Barr carrying out the biggest cover-up since Watergate?

I grew up in New York City and was well aware of the first jail tower ever constructed in Manhattan. It was no secret that it was and still is a nest of corruption that compared to the digs portrayed in the movie Goodfellas, where almost anything could be bought if you have the bucks.

One of the late mobster John Gotti Sr.’s top associates a former Gambino bean counter interviewed by the New York Post confirms what I have known about the Metropolitan Correctional Center, prisoners may take a beating but very, very few ever die, and I can’t remember a report of another suicide.

Lewis Kasman once a member of the Teflon Don’s crew, who claims to have been one of his confidants, and that he visited John Gotti several times in the facility in 1992 told the post…

“If he killed himself someone had to have helped him,”

“There are cameras going 24/7 and they’re watching 24/7. Someone had to give [Epstein] the equipment to kill himself and he had to pay for it dearly… That facility for years had issues of corruption, with correction officers bringing in food or cellphones for wealthy people.”

Kasman’s claim that even in the most secure wing of the Metropolitan Correctional Center (MCC) Gotti was able to have his favorite steak dinner sneaked in: “He had Peter Luger’s from Brooklyn delivered whenever he wanted.”

The guards received cash and their steak dinners, the best Italian from nearby little Italy.

Kasman’s interview with the New York Post is not being picked up by the mainstream media because he claims that he has heard U.S. Attorney General William Barr personally made a hush-hush trip to the MCC  just after Epstein was found in his cell with bruises around his neck.

Kasman asks if this is true…“When does that happen? The attorney general never visits jails to visit an indicted prisoner. Something’s not right there.”

Kasman points out the facilities are “totally disgusting — worse than Guantanamo Bay.”

“There are roaches crawling all over you — in every orifice — when you sleep. The Bureau of Prisons’ answer to that is that they can’t spray. It’s toxic.”

If AG Barr did visit secretly with Jeffery Epstein as Kasman has ‘heard’ Barr must explain and appoint a special prosecutor to investigate the meeting. If Barr met with Epstein, was it to find out what liability his deceased father had or did Epstein have evidence of wrongdoing by President Trump?

Did the sex offender have evidence to support the woman who accused Donald Trump of raping her at a Jeffery Epstein event at the age 14? American’s deserve the truth.