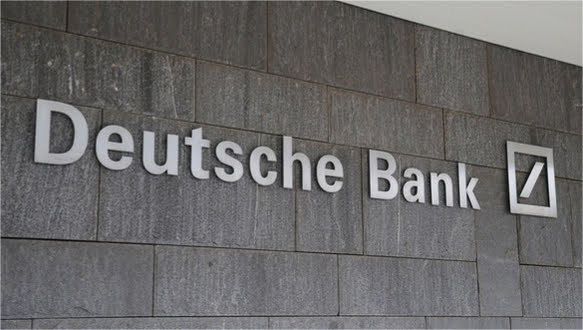 Deutsche Bank has begun a series of research articles to “spark debate and discussion” about the pressing post-pandemic economic issues ahead as the world recovered from the Covid-19 nightmare.

The first research article in the wake of the Covid-19 pandemic was released on June 7 by Deutsche Bank (DB), titled “Inflation: The defining macro story of this decade.”

The Deutsche Bank report includes an ominous warning on inflation…

“US macro policy and, indeed, the very role of government in the economy, is undergoing its biggest shift in direction in 40 years. In turn, we are concerned that it will bring about uncomfortable levels of inflation.”

This warning from Deutsche Bank could be seen as an understatement given the US economy is already showing signs of what they call “uncomfortable” inflation. The research paper points out that…

“Based on the most recent inflation report from the US Bureau of Labor Statistics, in April, the Consumer Price Index for All Urban Consumers rose 0.8 percent on a seasonally adjusted basis; rising 4.2% over the last 12 months.”

The bank’s research paper goes on to assert…

“An annual inflation rate of 4.2% is more than “uncomfortable. But the looming threat of inflation seems to have fallen on deaf ears in Washington, DC, over the past year, as Congress has supercharged spending to levels unseen since World War II.”

“The current fiscal stimulus is more comparable with that seen around WWII. Then, US deficits remained between 15-30% for four years. While there are many significant differences between the pandemic and WWII, we would note that annual inflation was 8.4%, 14.6%, and 7.7% in 1946, 1947, and 1948 after the economy normalized and pent-up demand was released.”

The danger of the US economy descending into an inflation spiral like that experienced after World War II could lead to excruciating economic pain. It might even be positionally comparable to the inflation nightmare of the 1970s that lead to a nasty economic recession in the early 1980s.

Deutsche Bank believes, however, that the trillions of dollars in spending by Congress in the form of the Covid-19 pandemic and excessive military spending is only part of the problem.

“Monetary stimulus has been equally breath-taking. In numerical terms, the Fed’s balance sheet has almost doubled during the pandemic to nearly $8tn. That compares with the 2008 crisis when it only increased by a little more than $1tn, and then increased another $2tn in the subsequent six years.”

It doesn’t take a Ph.D. in economics to recognize printing trillions of dollars over a short period, which is precisely what the Federal Reserve has done during the pandemic – could set off a wave of inflationary pressures.

Deutsche Bank refers to the many times over the past century that governments have resorted to printing money to spend their way out of an economic crisis from Weimar Germany to present-day Venezuela. In every case, massive money printing has never worked and always sets off very serious inflation problems.

The Deutsche Bank research paper concludes with this dire warning…

“We worry that inflation will make a comeback. Few still remember how our societies and economies were threatened by high inflation 50 years ago.

“The most basic laws of economics, the ones that have stood the test of time over a millennium, have not been suspended (as a result of the pandemic).

“An explosive growth in debt-financed largely by central banks is likely to lead to higher inflation. … Rising prices will touch everyone. The effects could be devastating, particularly for the most vulnerable in society. Sadly, when central banks do act at this stage, they will be forced into abrupt policy change which will only make it harder for policymakers to achieve the social goals that our societies need.”

“Hyperinflation, like that experienced in post-World War I Germany, can also lead to social disorder and political chaos.”

One of the brutal lessons of hyperinflation was the rise of Adolf Hitler, and the Nazi Party came to power in Weimar Germany. Driven by its population’s resentment of the economic chaos caused by the hyperinflation, they suffered due to rampant money printing by Germany’s central bank in the 1920s to pay off World War I reparations and in an attempt to jump-start the country’s economy.

“Throughout history, we have seen inflation-spurred panic manifest in social, political, and economic turmoil. The looming question is how Americans will deal with the strong possibility of a post-pandemic inflation environment the likes of which could be unprecedented in our nation’s history.”