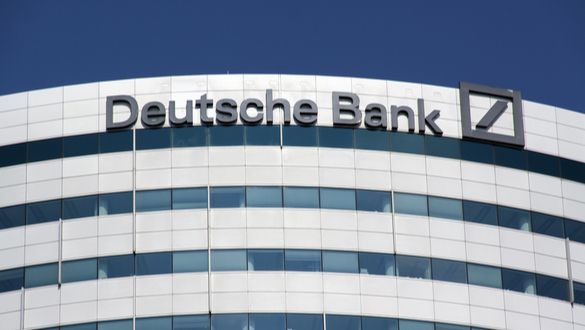 Absent from the list is the possible criminal indictment of Deutsche Bank itself and its executives by the Department of Justice for their cover-up of as much as hundreds of billions in money laundering.

It’s laughable that a Deutsche Bank list of the biggest risks to the financial markets doesn’t include its possible criminal indictment by both the U.S. Department of Justice and the legal authorities in Germany that would lead to a forced merger into non-existence as recompense for the hundreds of billions of dollars of money laundering – beyond the instances already known.

Still, Deutsche Bank’s list of the biggest risks to the market for 2020 also doesn’t include the real possibility of a Chinese crackdown, and invasion of Hong Kong. Nor does it consider the possibility of a Chinese crackdown of Hong Kong as being used by Putin to justify a Russian invasion and takeover of Ukraine to effect the restoration of most of what was the Soviet empire.

2.     Phase one trade deal remains unsigned, continued uncertainty about what comes after phase one.

6.     US election uncertainty; implications for taxes, regulation and capEx spending.

8.     Foreigners lose appetite for US credit and US Treasuries following Presidential election.

10.US government debt levels begin to matter for long rates.

11.Mismatch between demand and supply in T-bills, another repo rate spike.

12.Fed reluctant to cut rates in an election year.

15.Fallen angels: More companies falling into BBB. And out of BBB into HY.

16.More negative-yielding debt sends global investors on the renewed hunt for yield in US credit.