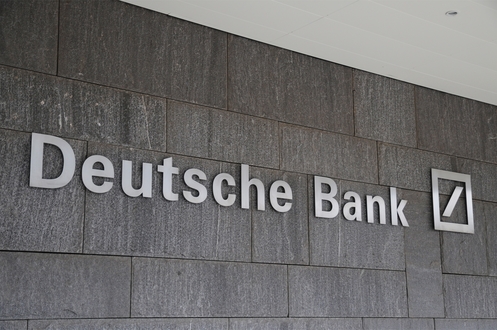 According to The New York Times on Sunday, anti-money laundering specialists at Deutsche Bank recommended the bank notify Federal investigators about possible criminal activity in accounts controlled by President Donald Trump and his son-in-law Jared Kushner.

“The transactions, some of which involved Mr. Trump’s now-defunct foundation, set off alerts in a computer system designed to detect illicit activity, according to five current and former bank employees. Compliance staff members who then reviewed the transactions prepared so-called suspicious activity reports that they believed should be sent to a unit of the Treasury Department that polices financial crimes.”

According to the New York Times, higher-ups at the bank who had lent billions of dollars so exposed to billions of dollars in loans rejected their experts’ advice and as a result never reported the possible illicit crimes to U.S. banking, regulatory, or law enforcement federal government agencies responsible.

According to the Times…

“Compliance staff members who then reviewed the transactions prepared so-called suspicious activity reports that they believed should be sent to a unit of the Treasury Department that polices financial crimes.”

“The nature of the transactions was not clear. At least some of them involved money flowing back and forth with overseas entities or individuals, which bank employees considered suspicious.”

“The red flags raised by employees do not necessarily mean the transactions were improper. Banks sometimes opt not to file suspicious activity reports if they conclude their employees’ concerns are unwarranted.”

“But former Deutsche Bank employees said the decision not to report the Trump and Kushner transactions reflected the bank’s generally lax approach to money laundering laws. The employees — most of whom spoke on the condition of anonymity to preserve their ability to work in the industry — said it was part of a pattern of the bank’s executives rejecting valid reports to protect relationships with lucrative clients.”

Regardless of whether President Trump and Jared Kushner committed crimes, the fact is those Deutsche Bank executives that decided not to report the suspicious transactions now find themselves exposed to the possible indictment in what can only be a criminal cover-up that could end with long jail sentences and the federal indictment and prosecution of Deutsche Bank itself.

President Trump personally sued both Deutsche on April 29, 2019, to stop the financial institutions from complying with congressional subpoenas issued by the House Intelligence and Financial Services committees.

The lawsuit was filed in Manhattan Federal Court a week after Trump, sued his longtime accountant firm Mazars USA in hopes of stopping it from complying with a subpoena from the U.S. House Oversight Committee.

President Trump’s lawsuit against Deutsche Bank and another bank Capital One accuses House Democrats of trying “to rummage through every aspect of the President’s finances, and his businesses that he argues is his and his family’s private information for the sole purpose to ferret out information to cause him “political damage.”

Trump argued in his lawsuit that Congress could only perform oversight on the executive branch if it is trying to gather information for the specific purpose of enacting a piece of legislation.

Sunday’s New York Time reporting is likely to dramatically increase the pressure from Congress on both Deutsche Bank and Capital One. The allegations in the New York Times report could also make it impossible for the courts to ignore Congress’ right and authority to gain access to both President Trump’s and Jared Kushner’s records. Also given U.S. Attorney Barr’s sycophantic behavior demands for another independent prosecutor to investigate both banks conduct and that of POTUS and his son-in-law will likely reach a cacophony this week.

These allegations are also likely to put even greater pressure on the Democrat majority in Congress to begin impeachment hearings.

Jared Kushner will have absolutely no protections or claims of executive privilege regarding these transactions.