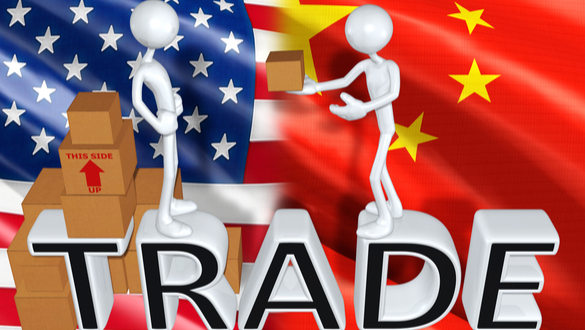 The United States trade deficit soared to a record $891.3 billion in 2018 making a mockery of President Trump’s claims

President Trump’s goal of narrowing the U.S. trade deficit was obliterated in 2018 The United States despite Trump’s rhetoric ballooned to a record $891.3 billion, even China’s trade deficit soared.

In fairness to President Trump, the increase in the U.S. deficit was driven by some forces that he had no control over including a global economic slowdown and the rise in the value of U.S. Dollar that weakened overseas demand for U.S. exports. Yet, one significant Trump policy that enacted his $1.5 trillion tax cut exacerbated the trade deficit and has been almost entirely financed by adding government borrowing and President Trump’s trade war.

Mr. Trump has made reducing the trade deficit a major priority and has insisted his trade policies would reduce the trade deficit, which he views as our trade partners like China, Japan, South Korea, and the European Union as taking advantage of the United States. Few economists endorse that view.

Despite unilaterally imposing tariffs on steel, aluminum, washing machines, solar panels and a variety of Chinese goods, the U.S. trade deficit climbed 12.5% from 2017, almost US$70 billion according to the U.S. Commerce Department. The U.S. trade deficits as a result of President Trump’s policies have delivered the greatest disparity in history.

Meanwhile, U.S. exports to China declined, falling by nearly 50% in December 2018. U.S. companies suffered from the drop in U.S. imports and the retaliatory measures that Beijing has leveled on U.S. goods. Trump’s trade war just strengthened the U.S. dollar, and a weakened the Chinese yuan, offsetting the impact of Mr. Trump’s tariffs.

We continue to believe at Wall Street Rebel that President Trump must get a deal done with the Chinese after striking out in his efforts to negotiate a denuclearization deal with North Korea.