Dems Should Not Lament about AG Garland's Apolitical Style 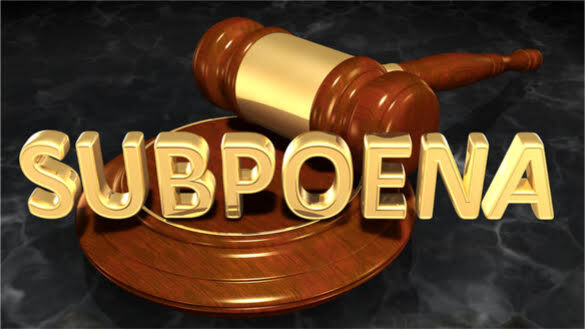 AG Merrit Garland's secret appointment of a grand jury to indict Steve Bannon is a clear indicator that he intends to pursue former President Donald J. Trump. And any of his acolytes or followers who have broken are breaking or will breach the law.

Business Insider published an article on Tuesday that is entitled…

"In the eight months since his confirmation as attorney general, Garland has proven himself as anything but a politically-attuned firebrand. His measured, mild-mannered approach has stuck with him from his quasi-monastic past life as a federal judge, and frustration among some Biden's allies has only grown as they experience Garland's methodical ways of running a DOJ that must reckon with the Trump years and an invigorated onslaught of partisan political attacks,"

Barber points out, Garland's "political limitations" were apparent during a recent round of questioning during congressional oversight hearings.

"He didn't do great, but a huge factor is that he's never been the type of individual that plays the political show that Republicans play,"

"We learned a lot from that oversight hearing."

Barber reports that Matt Miller, who was a top spokesperson for former Attorney General Eric Holder, said that Garland...

Miller went on to add…

"I don't think it's his natural style to be a pugilistic fighter."

This view of the Attorney General and his responsibilities fails to recognize that Merrit Garland took over a corrupted Department of Justice (DOJ). The stench of political influence corrupted it by William Barr's lack of independence and willingness to cow-tow to the twice impeached, disgraced former President Trump. As a result, it falls upon Garland to restore the traditional wall between the White House and the DOJ.

After just a few days following the Steve Bannon criminal referral was sent from Congress, many democrats were complaining that Garland and the DOJ were ignoring the referral and not moving to indict him. They were wrong. Garland had seen a grand jury was seated, and the evidence presented properly and secured a criminal indictment.

The same democrats have lamented that Garland's apolitical approach means that the DOJ will ignore the former President and his accomplices in organizing and instigating the January 6 insurrection. The secret nature of a grand jury is designed to allow prosecutors to build a case and gain the needed momentum to indict wrongdoers and successfully convict them at trial.

Former President Trump and his clown circus in and out of the "war room" at a nearby hotel continue daily to provide more evidence.

Some of those who were in the thick of the January 6, 2021 insurrection like Rudy Guiliani, Trump's unpaid personal lawyer, Jason Miller, a senior campaign adviser; Angela McCallum, a campaign aide; John Eastman, a conservative lawyer who was reported to have advised Trump on how to overturn the election; Michael Flynn, Trump's former national security adviser; and Bernard Kerik the former NYC police commissioner have been talking way too much. Some have gone too far – and will not be able to invoke any executive privilege and may have compromised themselves to the point that all they can do is take the 5th when deposed.

Not rushing and keeping a low profile, Attorney General Merrit Garland has given Trump et al. enough rope to hang themselves. The AG has done this in such an apolitical manner that his chances of bringing those who tried to illegally overturn the election are good. For those Democrats who complain about Garland's style or slow pace, I suggest they back off and let the man do his job.

Politics should be left to the politicians. The DOJ and the law are left in the capable province of Merrit Garland. The indictment of Steve Bannon may well be the first of several crimes he is eventually indicted. Indictments for ignoring Congressional subpoenas for more than a dozen Trump zombies may well lead to additional criminal charges.

Will Trump be charged with criminal charges? The likelihood grows by the day. Grand jury's in New York and Georgia are convened and hearing evidence. A grand jury could already have been formed in the District of Columbia. As more and more evidence becomes public, the likelihood of both a large number of indictments grows and convictions and plea deals that provide enough evidence to convict the former President.

For the work at hand, democrats shouldn't lament over Merrit Garland's professional style. They should point to it with pride and confidence that he will do his job.