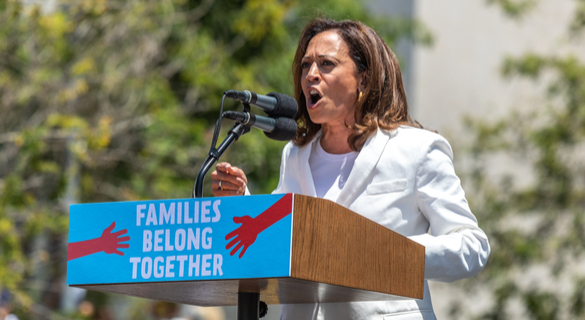 The Democrats are crying that the Republicans should not jam through a nomination to replace Supreme Court Justice Ruth Bader Ginsberg. But is this an intellectually correct argument? No.
Whether the Republicans should break from their 2016 decision not to move on the nomination of Merrick Garland is not really the issue. I firmly believe that if their word is their bond then they should not move on the nomination. Voters will rake them over the coals in November for breaking their word. As such, they are playing with fire.
However, do they have a logical reason to break their word? Absolutely. Why? The Democrats are Lucy and they continue to pull the football away from Charlie Brown, the Republicans, as it relates to judicial appointments and then act all innocent.
Let's start with Republican Nominee Judge Robert Bork who was nominated to the Supreme Court in 1987 by President Ronald Reagan. Bork was the most qualified candidate EVER to be nominated to the court. Biden said he might have voted to confirm him. Then "Uncle Teddy" Kennedy that last person to throw stones claimed that Bork on the court would set women and blacks thirty years.
In turn, the Republicans have never "borked" a candidate though they did "garland' one. As The Wall Street Journal noted today in its editorial it would have been really easy to "bork" Sonia Sotomayor who made the bench on a 68-31 vote. Recently deceased Notorius RBG made the bench on a 96-3 vote. Seems to me the Republicans were actually playing fair until they were just pushed too far.
Unfortunately, the Democrats have tried to assassinate the character of Clarence Thomas, Samuel Alito and most recently Brett Kavanaugh. The use of a filibuster to block a Supreme Court or other senior court positions was the tactic of the Democrats. Just ask Miguel Estrada who was stalled for 28 months to the D.C. Circuit Court of Appeals.  Republicans threatened to break this tactic but never made that call.
However, it was Senate Majority Leader "Dirty Harry" Reid  who ended the filibuster for lower courts with 51 votes. So current Senate Majority Leader Mitch McConnell applied the "Dirty Harry" standard to Supreme Court nominee Neil Gorsuch and here we are.
Supreme Court nominees can pass with 51 votes. Payback is a bitch. Unfortunately, the Republicans have joined in the games that Democrats have been playing since before I graduated from college in 1986 and now the environment is toxic.
Similar to an arms race, the Democrats are stating that if a new Supreme Court Justice is on the court before the 2021 inauguration and they somehow win the White House, Senate and House they will stack the court. What does this mean?
They will expand the size of the court and make sure Democrats are the majority again. This leaves voters with much more to think about than just the presidential election. Suddenly, we are playing a game of three dimensional chess. How this will turn out remains to be seen but it clearly argues against a mail in ballot and in favor of early voting or actual voting the day of the election.
Pay attention to how this plays out and you may change your vote by November and then regret voting in early October.