Demands for Vaccines for Children Under 12 are Increasing 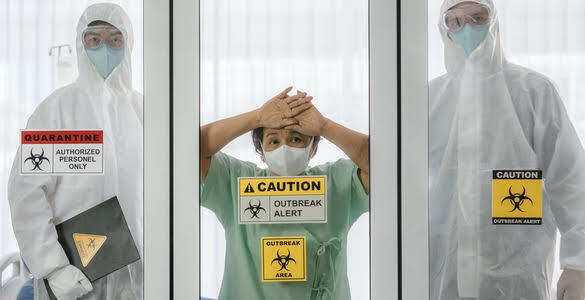 Since no such vaccination is presently available for this age range, several experts and legislators ask the FDA to define their timetable for approving a COVID-19 immunization.

As a result of the full approval of the Pfizer vaccine for adults, the FDA is being pressed to approve vaccinations for children under the age of twelve.

With school beginning and the delta variant burning, many experts and lawmakers ask the Food and Drug Administration to promptly clarify its timeline for licensing a COVID-19 immunization for children since there is currently no such vaccine available for this age group.

The FDA received a letter from more than 100 House members last week expressing their concern about the current "alarming" situation.

As one of the letter's organizers, Rep. Ro Khanna (D-CA), said, "The FDA seems deaf to the sense of urgency that millions of parents with young children have concerning vaccination."

"Their ability to communicate was appalling."

The American Academy of Pediatrics president, Lee Savio Beers, wrote to the Food and Drug Administration earlier this month, asking it to move "aggressively" to approve vaccines for children "as soon as feasible.

Myocarditis, a kind of heart inflammation that infrequently occurs in youngsters, may be caused by the vaccine.

Beers said that such cases are "justifiably concerning" but "very uncommon" and that they are most likely to occur within four weeks after vaccination, according to the CDC.

COVID-19 occurrences are rising as a result of the delta variant, on the other hand.

Children, although doing better than adults, are not immune from these problems.

The heads of the National Institutes of Health, Francis Collins and Anthony Fauci seemed to make differing forecasts about when a permit would be granted this week, Khanna said in an interview with the Associated Press.

In an interview with NPR, Collins said, "I don't see clearance for children between the ages of 5 and 11 before the end of 2020."

ACCORDING TO NBC, the FDA's clearance for children may come as early as "mid-late fall" or "early winter," according to Fauci.

As Khanna said to The Hill, "Congress has to be aware of the timeline and what they're waiting for."

The National Institutes of Health's Renate Myles said that the timelines are "about" the same when questioned about the differences.

In an email, Myles said that Dr. Collins has indicated (variously) that he expects vaccine clearances for children ages 5 to 11 to be issued by the end of the year.

Except for the phrasing, this is the same estimate.

Data from pediatric trials must be submitted to the FDA before they may approve the drug.

In an interview with NPR, Collins said the Pfizer data might come as early as September 30.

"Data for 5- to 11-year-olds may come early in the fall," according to FDA's Peter Marks, who also said that "reviewing them would take a few weeks, at the very most."

Time may vary depending on the number of safety questions asked.

During a COVID-19 Vaccine Education and Equity Project event, Marks said, "If we have any safety issues, we may have to go back to the advisory committee."

Youngsters under the age of five, according to Marks, will have their statistics available later than children aged 5 to 11.

According to Marks, "We understand parents' concerns about having their children vaccinated."

Before authorizing a product for emergency use, the FDA must satisfy all of its safety, effectiveness, and quality requirements.

Mark Wietecha, CEO of the Children's Hospital Association, emphasized one of the stakes in his speech.

He issued a warning to President Biden in his letter, noting that pediatric volumes were at or near capacity and that the upcoming school season was expected to increase demand.

According to Wietecha, a variety of policies should be implemented, including more funding for children's hospitals and the licensing of a vaccine.