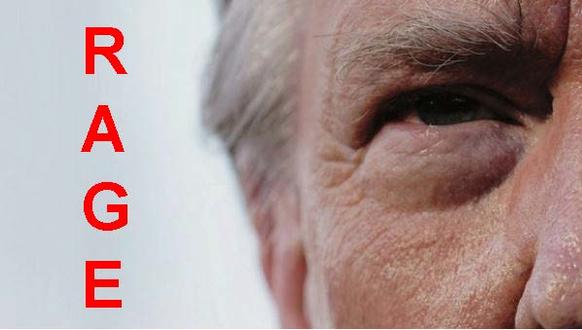 Bob Woodward’s new book “Rage” said Secretary of Defense James Mattis was so fearful of a nuclear confrontation with North Korea in 2017 that he… “took to sleeping in his gym clothes and having a flashing light and bell installed in his bathroom in case a missile alert happened when he was in the shower.”

There are so many bombshells in Bob Woodward’s new book, “Rage,” due out September 15, 2020 many are already finding themselves buried by a news cycle that has been unrelenting. One of the biggest nightmares was how close President Trump came to triggering a nuclear war with North Korea during his threats back and forth with the countries dictator Kim Jong Un.

“You’re going to incinerate a couple million people. No person has the right to kill a million people, as far as I’m concerned. Yet that’s what I have to confront.”

In Woodward’s book he describes some of the ways in which Sen. Lindsey Graham, former Defense Secretary James Mattis and others tried to rein Trump in on foreign policy to prevent the unthinkable.

Woodward’s allegation of just how close we came in 2017 to a nuclear war with North Korea was previously reported by The New Yorker which included how Mattis played a key part in preventing the U.S. and North Korea from entering a “war footing”...

"According to multiple senior officials, in early January the President asked his staff to present him with a range of evacuation plans for the approximately two hundred thousand American civilians who live in South Korea. (On TV, Senator Lindsey Graham was calling for dependents of U.S. soldiers there to be brought home.) Any evacuation would send a profoundly alarming signal to South Korea, and inevitably put the U.S. and North Korea on a war footing. McMaster and his staff dutifully began gathering options for the President. The deliberations were scuttled only after Mattis and Kelly intervened".

There was also a subsequent New Yorker article that expanded on this reporting:

"In the fall of 2017, McMaster was planning a private session to develop military options for the possibility of conflict with North Korea: a war game, with Trump in attendance, at the Presidential retreat in Camp David. McMaster asked Mattis to send officers and planners. Mattis ignored him. “He prevented the thing from happening,” the former senior Administration official told me. Later, Mattis kept General John Nicholson, the commander of American forces in Afghanistan, from meeting with Trump".

"Mattis declined to comment for the record, but a former senior national-security official told me, without confirming any incidents, that a strategy had evolved. “The President thinks out loud,” he said. “Do you treat it like an order? Or do you treat it as part of a longer conversation? We treated it as part of a longer conversation.” By allowing Trump to talk without acting, he said, “we prevented a lot of bad things from happening.” In 2017, Mattis and his staff helped forestall a complete withdrawal of American forces from both Afghanistan and Syria".

Trump to Kim: My nuclear button is 'bigger and more powerful' - BBC News