Deep State Should Share Responsibility for Destruction in Ukraine 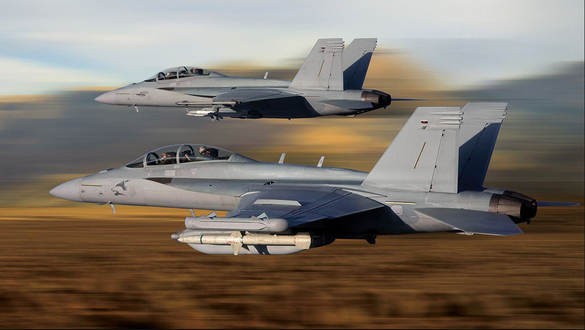 "George Robertson, a former Labour defense secretary who led Nato between 1999 and 2003, said Putin made it clear that he wanted Russia to be part of western Europe at their first meeting. "They wanted to be part of that secure, stable, prosperous west that Russia was out of at the time," he said. Putin told David Frost, "Russia is part of the European culture. And I cannot imagine my own country in isolation from Europe and what we often call the civilized world." —The Guardian, November 4, 2021

Before the Deep State was a Netflix Series, it was a reality informing the evolution of history, not always in a positive direction. As  Mike Lofgren wrote, "There is another government concealed behind the one that is visible at either end of Pennsylvania Avenue, a hybrid entity of public and private institutions ruling the country according to consistent patterns in season and out, connected to, but only intermittently controlled by, the visible state whose leaders we choose."

A major shortcoming of political discourse is that we only tend to discuss the policies and actions of the "visible government" and not the machinations of the permanent, unelected government, the "hybrid entity of public and private institutions" that comprise the Deep State. They are best understood as "crony capitalists selling guns."

President George W. Bush described them as the "deciders"—a fascinating phrase from a former president who was twice elected by voters who naïvely assumed that Mr. Bush would be the "decider" so long as he inhabited the Oval Office.

When you look closely, you see that major military contractors have managed to profit handsomely from recent conflicts (and fomenting new ones)?

In recent decades, the strategically and tactically confused "endless wars" that the US pursued in Asia did not precisely cover the US in glory. But it is "an ill wind that blows no one good."

The only detectable winners from the war in Afghanistan were the Pentagon's top five defense contractors. If you had invested $10,000 evenly divided among America's top five military contractors on September 18, 2001, the day that George W. Bush signed the authorization for the use of military force in Afghanistan (and re-invested all dividends), your position would now be worth almost $100,000 ($97,295 — nearly 60% more than a similar investment in an S&P 500 Index Fund). — Data from The Intercept August 16, 2021.

The five leading military contractors, Boeing, Raytheon, Lockheed Martin, Northrop Grumman, and General Dynamics, are part of the S&P 500. Therefore, their robust performance skewed the measure of returns relative to the rest of the stock market to understate the superior performance of the big Pentagon contractors.

But enough is never enough. David Crawley helps explain why military equipment costs so much: "I worked for a company that sold a microchip to the military for more than $2k per chip. This chip would have been sold to a civilian contractor for about 30 cents, but we never sold it to civilians as it was such an old technology (about 20 years old) that no civilian wanted to buy it… Contrary to what other people answering this question might claim, the part was not more reliable or somehow magically better; it was actually quite a lot worse than alternatives. The cost to re-qualify to a lower-cost part was about half a billion dollars (all that paperwork, remember). We were just one of the thousands of line items of parts that were too small for Congress to notice. So we absolutely price gouged like crazy. Imagine that happening thousands of times over on millions of small parts that make up hundreds of big contracts, and you can see why the American military is the most expensive in the world by far."

The collapse of the Soviet Union was some of the best news of the second half of the 20th century. Good news for everyone apart from arms merchants who took a cautious view of the "peace dividend" projected to arise from lower military spending.

The deep state must cultivate a threat from enemies to sell more guns. That is relatively easy for them because foreign policy is generally up for grabs. Apart from defense contractors, no one much cares. Average voters aren't paying close attention. And their leaders aren't paying attention to them.

There is little hint that recent political leaders heeded the prophetic warning against the dangers of subordinating the United States to the Deep State that President Eisenhower articulated in his farewell address to the nation on January 17, 1961. Lofgren tells us that apart from "gadfly Senator Rand Paul of Kentucky," Congressional Republicans have been largely silent about the rise of misplaced power that Eisenhower feared. The United States now spends more than every other country combined on the military. And our stated expenditures comprise only about half the real costs. Hundreds of billions in annual military outlay are hidden in the Departments of Energy, Homeland Security, State, and Veterans Affairs budgets.

As the agenda of the Deep State is all about government spending. If you ever wondered why Defense acquisitions are entangled in so much red tape, now you know. It is a way to turn an obsolete 30 cent part into a $2,000 item. It is a measure of the success of the Deep State that the twenty-five biggest military contractors sell $235 billion per year of weapons and security services to the US government.

Their desire to preserve this cushy arrangement accounts for much-unattributed mischief in the world. For example, I believe that opposition from the Deep State plains why overtures from Russia to join the West as a full-fledged partner were repeatedly rebuffed. The Deep State did not wish to integrate Russia into NATO or the European Union. To have done so would have deprived the Pentagon of an enemy.

Although you will not have heard much of it, the footnotes of diplomacy from when the Soviet Union collapsed included many indications that first Boris Yeltsin, then Vladimir Putin, was interested in bringing Russia into the EU and even into NATO.

As Lord Robertson's comments quoted at the top of this article suggest, Russia could have grown to be a friend and partner in global capitalism. But the Deep State wanted nothing of the sort. As a result, a positive channel for the development of Russia was cut off. And innocent Ukrainians today are being dug out of the rubble of hospitals, shopping centers and apartment blocks.

Since 1984, I've been publishing an investing newsletter called Strategic Investment. For the last 37 years, my job has been to offer International and domestic insite financial recommendations and generate as much money as possible for my subscribers.