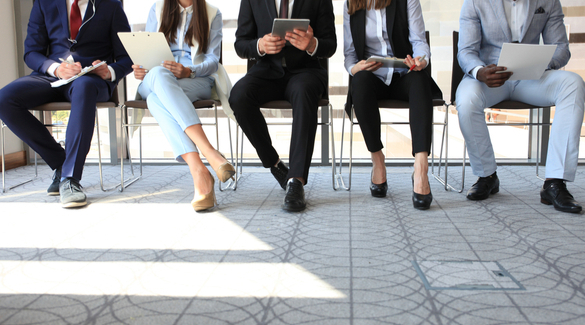 Despite the top-line number that shows unemployment has fallen to the lowest level since the pandemic's beginning. Non-farm payrolls rose only by 199,000 jobs versus the 450,000 increase expected in December.

In December, hiring in the U.S unexpectedly slowed and came up short by 251,000 jobs. This is alarming, especially since the time reported was before the Omicron variant spread wildly. Yesterday, 751,512 infections and 2,431 deaths were reported. According to the New York Times, the 14-day average of those infected increased to 610,989 and 1,404 fatalities.

However, the drop in the jobless rate was greater than projected, at 3.9% vs. 4.1%, which was expected and 4.2% reported in November.

The U.S. Labor Department released its December jobs report Friday at 8:30 a.m (EST). The primary metrics from the report show that at least before the Omicron variant hit the U.S., the economy was showing signs of a slowdown.

Despite the slowdown, the labor market posted its 12th consecutive month of job growth in December, albeit at a rate slower than many economists expected. Looking closer at the numbers, the major drag on employment appears to have been primarily a result of a slowdown in hiring in the service sector. Perhaps an early indicator of the onset of the Omicron variant.

Still, U.S. Secretary of Labor Marty Walsh did his best to make the most of the overall unemployment report telling Yahoo Finance Live on Friday...

"It's a solid report. Obviously, it didn't hit what the experts had said ... but when you look at 2021 as a combined total, as the president has been sworn into office, passed the American Rescue Plan, 6.4 million jobs have been added; which is a record."

"There's no question that we still have people out of work; we have people that have left the workforce. We're working on also inflation," he added. "So we do have some work to move forward."

Secretary Walsh acknowledged the slowdown in leisure and hospitality jobs, increasing by just 53,000 in December compared to November's gain of 41,000 jobs. These are incredibly disappointing numbers when you consider that in October, the number of jobs increased by 211,000.

Other industries also saw a drop in hiring in December and are of great concern given the rapidly spreading Omicron and the continued spread of the Delta Covid variant. Transportation and warehousing jobs only rose by just under 19,000 in December after a rising of over 42,000 in November.

Even the employment numbers in professional and business services positions disappointed by rising by just 43,000 after rising in December by 72,000.

This situation in the education and health services sector saw employment gains increase by 10,000, a slowing from the 14,000 increase seen in November.

The Labor Department's report also showed the retail trade sector's biggest disappointment with job losses in November and December. Now that we are past the holiday season, January could show an especially dismal increase in job losses.

By far, the worst numbers reported by the Labor Department on Friday were those in the goods-producing sector, which includes both construction and manufacturing employment growth. In December, manufacturing jobs gains showed an increase in employment of only 26,000 jobs, which missed the consensus estimate for a rise of 35,000 jobs.

In January's report, the explosive increases in Omicron infections are likely to impact the monthly labor markets like a sledgehammer. Still, the worst impact may come in February. This is because the Labor Department collects data for the monthly jobs reports during the week, including the 12th of the month, which may have been too early to capture the extensive disturbance to the labor market caused by the Omicron variant discovered in the U.S. in late November and has not peaked yet even though the 14-day average of infections has skyrocketed above 600,000. Many health experts believe we may not see the peak of Omicron until February.

But despite the disappointment on headline payrolls, other metrics within the report were as strong or even stronger than economists anticipated. The unemployment rate improved more than expected to 3.9% or the best level since February 2020's 50-year low of 3.5% before the pandemic.

Meanwhile, the labor force participation rate saw an upward revision to 61.9% for November and held at this level in December. This was a good sign given that the size of the civilian labor force remained 2 million lower than pre-pandemic levels.

"While the 199,000 gain in non-farm payrolls once again disappointed the consensus, a much larger gain in the household measure of employment and a tepid rise in participation pushed the unemployment rate back below 4%."

"Together with another exceptionally strong monthly increase in wages, that raises the odds the [Federal Reserve] brings forward plans to raise interest rates and run down its balance sheet this year."

However, according to the numbers reported, all the positives have been muted. A record 4.5 million Americans quit their jobs in November.

The average hourly wage increaseed by a better than expected to a 0.6% month-over-month in December. Based on a year-over-year basis, average hourly wages were up 4.7% in December, or well above the 4.2% increase expectd by economists. This positively impacts the wage front as employers ratchet up salaries to keep their employees and hire new ones.

While these wage increases may add to concerns about inflation that have held up Biden's "Build Back Better" spending legislation, the Omicron variant and now concerns over Flurona a combination of the flu and Omicron, which appears to be slowing down the economic recovery, maybe enough to persuade Senator Joe Manchin (D-WV) to negotiate a viable "Build Back Better" compromise that will pass later this month.