David Pecker and Company May be in Serious Legal Trouble Again 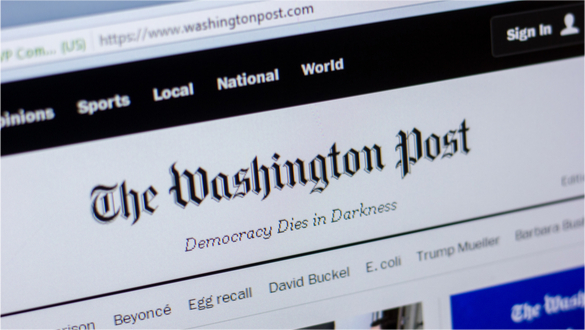 David Pecker is alleged to have attempted to blackmail and extort Jeff Bezos to get The Washington Post to back off on its efforts to hold the Saudi Crown Prince responsible for the murder of its journalist Jamal Khashoggi.  If proven true the U.S. District Court - Southern District of New York is likely to vacate the non-prosecution deal.

Under the heading, that didn’t take long. Reports that New York federal prosecutors are reviewing Amazon Chairman’s Jeff Bezos bombshell accusations that the National Enquirer attempted to leverage embarrassing pictures, texts, and communications connected to an extramarital affair to get him to direct The Washington Post to back off on a number of its current investigations including …

·        How many other times the National Enquirer has used blackmail and extortion to force other individuals and organizations to capitulate to its demands.

·        To stop pushing for justice in the murder of The Washington Post Journalist Jamal Khashoggi’s murder, believed to have been ordered by the ruling Crown prince of Saudi Arabia.

·        To back off on investigations into wrongdoing by President Trump and his administration.

It is less than 24 hours since Jeff Bezos accusations have been posted online and prosecutors are already opening an investigation as to whether the National Enquirer and its parent company’s Chairman David J. Pecker has violated an immunity deal it received on September 20, 2018, in connection to its involvement in the violation of campaign finance laws committed during the 2016 election according to several press reports on Friday.

Several sources are speculating Pecker and American Media Inc. (AMI) were motivated to do everything they could to back The Washington Post off its efforts to hold Saudi Crown Prince Mohammed bin Salman responsible for the execution-style murder of its journalist Jamal Khashoggi. Many informed observers and journalists have been speculating the Pecker and AMI have been seeking desperately needed financing from Saudi Arabia in recent months, and the attempt to blackmail and extort Jeff Bezos was in part intended to ingratiate themselves with the Saudi prince to obtain the financing they’re looking to secure.

Some journalists are expressing the view that Pecker and American Media Inc. were also looking to further ingratiate themselves with President Trump who has been regularly attacking both Jeff Bezos and The Washington Post because of the papers continuing critical coverage of Trump’s and his administrations myriad of scandals.

Before the news broke regarding an examination by the U.S. District Court - Southern District of New York into Jeff Bezos claims of blackmail and extortion American Media Inc. the National Enquirer’s parent company had announced it was opening an investigation into the Jeff Bezos accusations. If American Media Inc. and David J. Pecker lose its immunity deal and is charged with blackmail and extortion, the very survival of the company and its tabloid publication may be at stake, if not Pecker’s future freedom if he personally found guilty of the crime.