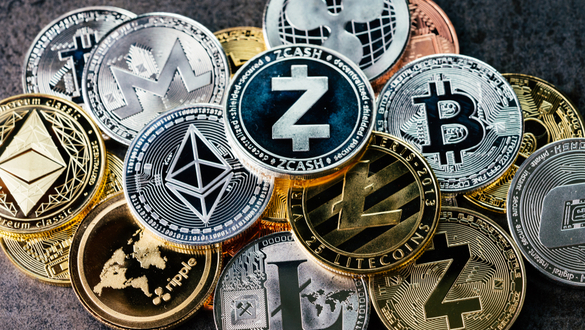 As cryptocurrency companies reduce their workforce, halt customer withdrawals, and look for other ways to stop their bleeding, doubts are being raised about the ecosystem's overall health.

The recent downturn in the cryptocurrency ecosystem has brought into sharp relief the unstable nature of the infrastructure that has been constructed around these volatile and unregulated digital assets.

Since October, the overall value of the cryptocurrency market has decreased by almost 65 percent, and analysts believe that the selloff will continue in the foreseeable future.

The stock values of cryptocurrency companies have nosedived, ordinary traders are abandoning the market, and industry insiders are forecasting a lengthy decline that could put the future of many more companies at risk.

Due to worries about a rate hike and a possible collapse of the Celsius scale, the cryptocurrency market has continued to decline. The market capitalization has dropped by $9 billion, or 9%, in the past day, to $909 billion. Almost all of the top one hundred cryptocurrencies have dropped by double digits in value as the market has declined. The other side of a sharp selloff is that some coins are likely to bounce back strongly. Bitcoin (BTC). Bitcoin is down by 9% to $21,443. It's also down 35% in the last week and 35% in the last month. And from its high on November 8, 2021 of $65,466.81 it has dropped 67.217% a mere 218 days ago.

According to Lee Reiners, a former Federal Reserve official who teaches at the Duke University Law School, "the tide has gone out in crypto, and we're finding that many of these firms and platforms stood on fragile and unsustainable foundations."

"There is a pause in the music."

Cryptocurrencies, often known as virtual currencies, are digital coins that are traded through distributed networks of computers that authenticate transactions, as opposed to a central authority such as a bank.

They have been offered as a hedge against inflation brought on by the central banks' practice of flooding the economy with money for many years.

Bitcoin, the most valuable cryptocurrency, has a limit to the amount of coins that may ever be mined.

However, as of right now, stock values are falling, interest rates are climbing to all-time highs, and inflation is at an all-time high. This demonstrates that the prices of cryptocurrencies have become related to the general market.

And as consumers pull back from investing in cryptocurrencies, the loss of capital exposes the weak underpinnings of many of the most well-known enterprises in the market.

According to CB Insights, a company that monitors private financing, more than sixty-two cryptocurrency startup companies are currently worth one billion dollars or more.

According to data carried out by The Block, during the course of the previous year, the sector was provided with more than $25 billion in venture capital across about 1,700 separate deals.

OpenSea, the most prominent marketplace for the one-of-a-kind digital photographs that are referred to as nonfungible tokens, has hit an astounding valuation of $13 billion.

A good number of these businesses have the resources necessary to endure a period of falling Bitcoin prices. However, staff reductions will likely continue as they readjust their business plans after several years of rapid expansion.

As a result of the widespread price decline, startup companies who have introduced their very own cryptocurrency may find themselves in a particularly precarious position.

Some industry experts have been saying for a long time that the exuberant growth of the previous two years would not last forever. They have been comparing it to the dot-com boom in the late 1990s.

Even though only a small percentage of dot-com companies were successful, there was widespread euphoria about the early potential of the internet, which led to the public offering of dozens of these companies.

During the early years of the new millennium, a lack of confidence caused many dot-com companies to fail, leaving only the most successful ones, such as eBay, Amazon, and Yahoo, in operation.

Investors are forecasting that there will be a more significant number of survivors this time.

According to Mike Jones, an investor working for the venture capital firm Science Inc., "You absolutely have some overhyped startups that don't have the basics."

"However, some genuinely strong companies are trading substantially below where they should," the author says.

There have been red flags pointing to certain cryptocurrency companies' inability to maintain their operations.

Skeptics have brought up that many of the most successful companies sold items supported by questionable forms of financial engineering.

For instance, Terraform Labs provided the so-called stablecoin known as TerraUSD, which had a value that was always pegged to the value of the United States dollar.

The coin's founder, Do Kwon, pushed it heavily. He raised more than $200 million from big investment firms like Lightspeed Venture Partners and Galaxy Digital, even though skeptics warned that the project could fail at any time.

The coin price was algorithmically tied to a related cryptocurrency known as Luna.

The precipitous drop in the price of Luna that occurred in May caused a similar decline in the value of TerraUSD. This "death spiral" caused widespread market instability and drove several investors to the brink of bankruptcy.

This week's revelation that Celsius will be restricting withdrawals had a similar effect on the cryptocurrency market.

Critics of Celsius questioned for months how the company could continue to offer such high rates without putting its depositors' money in danger by engaging in high-risk ventures.

The company was subject to investigation by a number of state regulators.

In the end, it seemed like a decline in cryptocurrency price subjected the organization to greater strain than it could resist.

Due to "extreme market conditions," the cryptocurrency exchange Celsius said on Sunday that it would be blocking customer withdrawals as the price of bitcoin continued to fall.

Coinbase, the largest cryptocurrency exchange in the United States, is currently experiencing a crisis due to the volatile market.

As a result of the decline in the price of cryptocurrency from the end of 2021 until the end of March, Coinbase lost 2.2 million active users, equivalent to 19 percent of its total.

The company's net sales for the first three months of the year came in at $1.2 billion, which is a decrease of 27 percent when compared to the same period in the previous year.

Since the company went public a year ago, its stock price has dropped by 84 percent.

To combat the economic slowdown, cryptocurrency exchange Coinbase said this month that it would cancel all pending job offers and impose a hiring freeze.

On Tuesday, they announced that they would be laying off approximately 1,100 employees.

The chief executive officer of Coinbase, Brian Armstrong, sent a memo to staff on Tuesday morning informing them of the layoffs and stating that the firm "expanded too quickly" as a result of the popularity of crypto products.

This month, it was also announced that the cryptocurrency exchange Gemini, which is owned by the billionaire brothers Tyler and Cameron Winklevoss, will be laying off ten percent of its workforce.

The Winklevoss twins wrote a statement to their employees stating that the business has entered a "crypto winter."

However, they also shared an upbeat outlook for the sector's development.

They said in a document that "the crypto revolution is well started, and its influence will continue to be tremendous."

"However, its progression has been anything but gradual or predicable," you said.

The chief executive of Crypto.com disclosed a plan to lay off 5 percent of the company's workforce, which amounts to 260 employees, the previous week.

On Monday, the cryptocurrency lending platform BlockFi announced that it would be cutting its personnel by approximately 20 percent.

Both Gemini and BlockFi said they had nothing to add.

A representative for Crypto.com stated that the firm will not deviate from its primary goal of "spending resources on product and technical capabilities to produce world-class goods."

Since their inception, cryptocurrencies have been plagued by instability and a propensity for experiencing boom-and-bust cycles.

The price of bitcoin had a precipitous decline that year as a direct result of China's decision to outlaw the cryptocurrency.

The year 2017 saw an increase in the number of businesses that created and sold their tokens, which contributed to a run-up in the price of the cryptocurrency. A drop followed this run-up in values caused by regulatory crackdowns on so-called initial coin offerings.

Crypto aficionados have stated that these bubbles are a natural part of the ecosystem.

They bring skilled people into the sector, which then goes on to create worthwhile projects due to their involvement.

A significant number of the most outspoken cheerleaders advise investors to "buy the dip," which means to invest more money while prices are down.