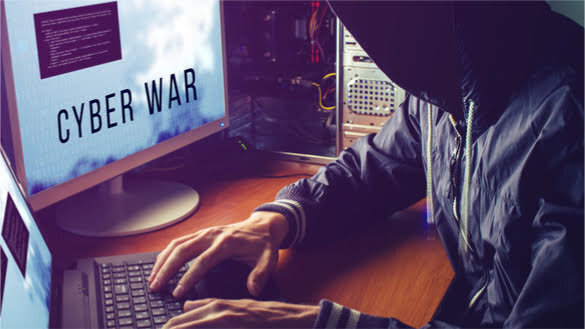 The U.S. Treasury Department has linked the North Korean hacking group Lazarus to the recent theft of $625 million in cryptocurrency from the Ronin Network. These crimes are linked to the financing of North Korean nuclear weapon development and activities threatening U.S. National Security.

In March 2022, hackers from North Korea stole $625 million in bitcoin from the online gaming corporation Axie Infinity, according to a report released by the FBI. Hackers from North Korea's Lazarus Group have recently targeted blockchain technology, stealing an estimated $1.75 billion in cryptocurrencies over the past few years. North Korea's cyber efforts have been well-documented in recent years, and the U.S. Treasury has extensively sanctioned the Lazarus Group.

According to these reports, sanctions have not affected North Korea's nuclear program, allegedly financed by cryptocurrencies. Pyongyang is said to be refilling its nuclear arsenal using digital cash that has been stolen. However, it's not apparent how Pyongyang's cyber spies turn stolen cryptocurrency into fiat currency for the Kim government. Instead, we should put in place a specific framework to regulate securities to stop North Korea's money laundering.

North Korean cyber operatives utilized decentralized cryptocurrency exchanges to exchange their digital tokens for the ether currency. As a result, North Korean hackers use "mixers" to hide the source of their illicit payments. According to Elliptic, a blockchain analytics company, North Korean hackers laundered 18 percent of the money stolen in the Axie Infinity attack, or about $108 million. As a result of this high-value heist, Pyongyang will feel more confident in its ability to carry out other attacks against blockchain targets.

Cryptocurrency has become a significant focus for North Korean cyber spies, despite their country's lack of internet access for most inhabitants. The "privacy coin" Monero has piqued the curiosity of the North Korean government, for example. Monero is a popular cryptocurrency in North Korea because it can be mined on a normal computer, transactions are entirely anonymous, and money is impossible to trace.

North Korea's long-established illegal networks in poorer countries are a likely source of money laundering schemes. North Korean embassy staff have been involved in illegal activities like drug trafficking and ivory smuggling in Africa and Southeast Asia since the 1970s, when North Korea first established diplomatic missions abroad. Given this information, North Korea's dictatorship may rely on these underground criminal networks to build its bitcoin economy. However, there are still uncertainties regarding how North Korean hackers turn stolen cryptocurrency into fiat revenue for the authorities.

In the Asian criminal underworld, some shadowy organizations may be willing to sell North Koreans much-needed items for inflated cryptocurrency prices, implying that North Koreans abroad may be purchasing oil shipments and military technology with cryptocurrency. While most legitimate businesses will not accept cryptocurrency as payment for physical items, North Koreans may be using Southeast Asian casinos and other gambling establishments to exchange digital cash. Since the pandemic began in February 2020, North Korean diplomats and officials have been unable to return home. Although these workers are ideologically devoted and loyal, they continue to operate on the world's edges, supporting the Kim family's regime and funneling money into the Party's coffers.

The fact that North Koreans utilize digital currency mixers to mix illegal gains with other customers' money was previously well-known. Because of that, U.S. authorities have now come to accept the risk of depriving North Korea of its ability to conduct cyber operations. Blender.io, a virtual currency mixer, was sanctioned by the Treasury Department on May 6 for the first time. Brian E. Nelson, the Treasury's Under Secretary for Terrorism and Financial Intelligence, announced that the agency would sanction a virtual currency mixer for the first time today. North Korean hackers had heavily exploited this mixer for illicit financial transactions. Mixers that facilitate illegal transactions put U.S. national security at risk. In response to the DPRK's financial illicit conduct, we are taking action and will not allow state-sponsored larceny and its money-laundering enablers to go unpunished."

By quickly converting digital currency into more reputable forms of money, the Lazarus Group can hide the proceeds of North Korea's stolen cryptocurrencies. Border limitations in North Korea certainly keep the Kim family dictatorship well-funded, thanks to the inflow of stolen bitcoin into its coffers. Nuclear weapons development and cyber operations expansion are top priorities for North Korean officials despite dire economic conditions for the people. These cyber heists keep the dictatorship afloat during economic hardship within the country. North Korea's aggressive and belligerent behavior on the international scene should prompt more thorough scrutiny of its cryptocurrency heists and money laundering activities by analysts and sanctions officials.

This is one of the biggest problems with the economy of cryptocurrencies. In the wake of a major attack linked to North Korea, the U.S. should focus on regulating the whole bitcoin business instead of putting sanctions on North Korean cyber firms that are mostly just for show. North Korean hackers are drawn to cryptocurrency because it is decentralized, and the U.S. government should be more involved in regulating the whole industry. Authoritarian countries like North Korea use these decentralized platforms to avoid the controlled economic institutions of the West. Since foreign enemies may try to use bitcoin for bad things that threaten the financial and political stability of American institutions, making cryptocurrency a national security issue gives the U.S. government the power to control the business in ways that are much needed. The crypto-economy is ripe for fraud and hacking, and U.S. consumers need to know what the uncontrolled crypto-world means for national security.

Who Are The North Korean Hackers Behind The $625 Million Crypto Theft? | Forbes