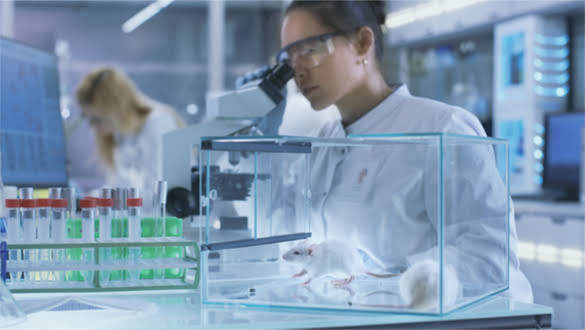 CRISPR Therapeutics AG (CRSP: NasdaqGS) has devised a diagnostic test for the coronavirus infection that could be as simple as a pregnancy test.

The New York Times is reporting that a pioneer of the gene-editing technology CRISPR Therapeutics AG (CRSP: NasdaqGS) technology could be a game-changer in the battle against the deadly virus COVID-19.

Eli and Edythe L. Broad Institute of MIT and Harvard, often referred to as the Broad Institute, is a biomedical and genomic research center.  It is located in Cambridge, Massachusetts, United States, and one of the pioneers of CRISPR technology is claiming the development of a relatively quick and inexpensive diagnostic test for the virus that could be as fast and simple as over the counter pregnancy tests.

The test is based on a gene-editing technology known as Crispr, and the researchers estimated that the materials for each test would cost approximately $6. Feng Zhang, a research scientist at the Broad Institute, and one of the pioneers of Crispr technology, was quoted as saying…

“We’re excited that this could be a solution that people won’t have to rely on a sophisticated and expensive laboratory to run,”

Dr. Zhang and his colleagues posted a description of their device on a website dedicated to their project, but caution must be taken before this new test is confirmed. The technology still has not yet been tested by other scientists, nor have their findings been published by a scientific journal that subjected them to peer-reviewed by independent experts.

The good news is this approach using Crisper technology for coronavirus tests is being pursued by two other teams of scientific researchers, one located in Buenos Aires and the other based in San Francisco. They are also working to devise new tests.

The New York Times reports that Dr. Joshua Sharfstein, a professor of health policy at Johns Hopkins University Bloomberg School of Health, said that it was important that scientists search for new kinds of tests for the coronavirus. However, he is cautioning that the research so far offers only a proof of concept and that it remains to be seen how well the Crisper based test would perform in real-world conditions. Compared to the standard tests now in use, known as a polymerase chain reaction, or PCR, saying...

“There’s a long way to go from that to a scalable technology that works,”

The New York Times reports that…

“PCR is a venerable technology, invented 45 years ago by the biologist Kary Mullis. It allowed scientists to find pieces of DNA that contained a particular sequence, even if that sequence was extremely rare.”