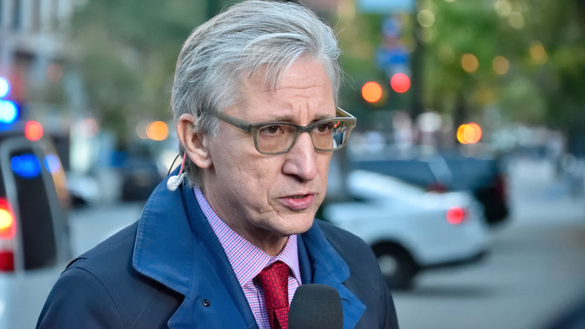 I am not sure which was crazier today. Joe Kernan reporting on David Tepper's thoughts on the market. Or CNBC trotting out Cathie Wood in what I can only call Kabuki Theater as the market came to an end.

First in the case of CNBC's Joe Kernan, he is a hack that is really not capable of much. In fact, his fellow co-anchor Andrew Ross Sorkin know this and has mixed it up with him a couple of times. So with the market down by -0.75% Joe Kernan breaks a story on the bullishness of David Tepper.

Usually David Tepper comes on CNBC and makes a market call and they have been good calls. Tepper is brilliant. Kernan is not. So this makes me wonder if Kernan got the message correct. He probably did not and as a result he has done a huge disservice to Tepper. Let me give any example or two. In explaining Tepper's reasons for going long, Kernan said Tepper is going long bonds after 5 years at 1.60%. Never mind the fact that the 10 year was at 1.75% a year ago in January/Feberuary. So now suddenly they got the urge?????

Kernan throughout the dialogue was holding himself, like Trump does, which is a classic sign of being insecure. Along with this bad body language there were lots of "you knows".

Later in the day Cathie Wood of Ark Asset Management came on CNBC around 3:30 p.m. EST and stayed to the close. What came out of her mouth was rather mind boggling. First to set the stage Wood's ETF ARRK is down 29.50% since a closing high on February 12th. Other ETFs she manages are down the same or more. About the only thing I agreed with her on was that stocks were getting beat up over the speed at which bond yields were going up.

Wood noted that bonds are in a 40 year bull market and forgot to mention mutliple bears along the way. The she stated that Bitcoin would become a fixed income proxy with bond like returns. Yup, she said. In addition, she noted that the broadening out of the market to Energy and Financials was good even if it is crushing her ETFs.

In my humble opinion "broadening out" means that more stocks are falling as my advance/decline model went to cash on at 3925 on the S&P 500 two weeks ago. The move is crushing Wood and yet she is fine to sell her liquid names and push the companies that do not have earnings but are making big bets. It is ironic that back on February 24th  I tweeted (Bullet86) that Wood said profits do not matter. And I thought that I had seen everthing then. Does Kabuki Theater have a third act?

P.S. At least my boy Bob Pisani reported correctly reported on the Microsoft (MSFT) hack by the Chinese.