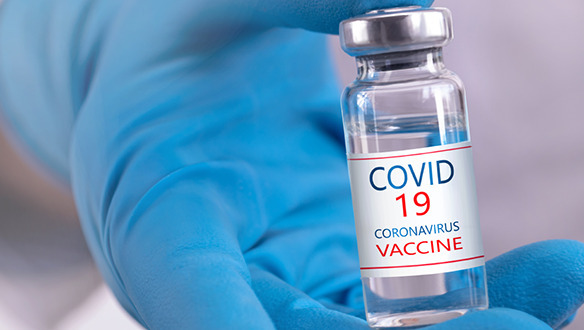 With the approval of the agency's head, after a unanimous recommendation by the CDC Advisory Committee on Immunization Practices, youngsters between the ages of 5 and 11 may begin receiving the injections as early as this week.

On Tuesday, it was announced that the Centers for Disease Control and Prevention has officially endorsed the Pfizer-BioNTech coronavirus vaccine for children ages 5 to 11. A move that will strengthen defenses against a possible surge in cases as winter approaches and alleviate the concerns of tens of millions of parents who have grown tired of the pandemic.

A team of scientific experts had unanimously advised that the vaccination be administered to the youngsters.

Inoculations might begin as early as this week, if not sooner.

The Centers for Disease Control and Prevention's support comes as Americans prepare for a potentially dangerous Christmas season.

Although the number of cases in the United States has been slowly declining for many weeks, experts have cautioned that large indoor gatherings might send the rates surging once again.

Many Americans are keen to commemorate the occasion, and airlines are already planning for the biggest travel season since the outbreak of the epidemic.

A month from today, just a small proportion of the 29 million children in this age range will have had their complete immunization. Still, even a partial vaccination will give some protection against the coronavirus.

According to the Centers for Disease Control and Prevention, every million tablets given to children aged 5 to 11 would avoid around 58,000 illnesses and 226 hospitalizations in that age range.

From November 2021 to March 2022, it is predicted that the immunization of these youngsters would prevent about 600,000 additional cases.

Health experts also emphasized that increasing immunity may lower the likelihood that young children may spread the virus to susceptible individuals in their families and communities.

Schools are expected to remain open as a result of vaccinations administered to younger students.

According to statistics at the committee meeting, virus outbreaks prompted the closure of around 2,300 schools between early August and late October, impacting more than 1.2 million kids in total.

Before their meeting, advisors to the Food and Drug Administration and the Centers for Disease Control and Prevention were inundated with thousands of emails spreading false information about the vaccine and urging the experts to vote against it.

Despite this, according to the most current study conducted by the Kaiser Family Foundation, around three in ten parents say they will certainly not receive the vaccination for their kid aged 5 to 11 years.

Parental attitudes about immunization have scarcely changed since comparable surveys were conducted in July and September. Only approximately three in ten parents stated they would immunize their kid "right soon."

Many other parents are keen to have their children be vaccinated as soon as possible as well.

Because of this, the Biden administration has recruited more than 20,000 pediatricians, family physicians, and pharmacists to give the vaccinations in anticipation of the C.D.C.'s ruling.

Federal authorities said on Monday that about 15 million doses of the vaccine have already been distributed to immunization locations throughout the country.

It is anticipated that children ages 5 to 11 will get a dosage that is one-third the amount approved for those 12 and older. The vaccine will be administered using smaller needles and packed in smaller vials to minimize cross-contamination with adult doses.

Before their meeting, advisors to the Food and Drug Administration and the Centers for Disease Control and Prevention were inundated with thousands of emails spreading false information about the vaccine and urging the experts to vote against it.

Some people argue that since children seldom become ill from the virus, the vaccine's potential risks exceed its advantages. This is a typical point of contention.

However, experts from the Centers for Disease Control and Prevention (C.D.C.) emphasized during the conference that the danger to children is not zero.

A total of more than 8,300 children between the ages of 5 and 11 have been admitted to hospitals with Covid since the outbreak began, with at least 94 of them dying.

Approximately one-third of the youngsters brought to hospitals were in critical condition and required admission to intensive care units.

Almost 10% of children who have minor symptoms may continue to have issues months after the illness has been cleared up.

In addition, around 2,300 children between the ages of 5 and 11 have acquired a disorder known as a multisystem inflammatory syndrome resulting from an infection.

The C.D.C.'s advisors also assessed the evidence on the vaccine's hazards.

Dr. Matthew Daley, a senior investigator at Kaiser Permanente Colorado, said enough evidence to conclude that the vaccine's advantages exceeded its dangers, even in the absence of further long-term safety data. "We had enough information to draw that conclusion," he said.

We will lose the opportunity to avoid many instances of Covid-19 in this age range if we do not act quickly, he said. "This includes some extremely serious cases."

Pfizer first tested the vaccine in children with the full adult dosage and two lesser doses in a clinical study conducted by the company.

According to the company's research, a smaller amount (one-third of the adult dose) was chosen because it had the fewest adverse effects while still producing at least as many antibodies as those detected in young adults who had been given the greater dose.

According to Dr. Alejandra Gurtman, a vice president at Pfizer who presented the results at the symposium, the vaccination had an effectiveness of more than 90 percent in children aged 5 to 11 years old.

Some youngsters had fever, headache, and weariness, which were also seen in the older groups.

It seems improbable that immunizing younger children would reach the "herd immunity" barrier — the point at which viral transmission stops — since there are still millions of unvaccinated people in the country.

On the other hand, vaccinating youngsters may assist in reducing viral transmission by limiting the number of entry points for the virus into the population.

Furthermore, it may be beneficial in protecting persons who do not react well to the vaccine, such as organ transplant recipients, cancer patients, and others who have reduced immune responses to vaccination.