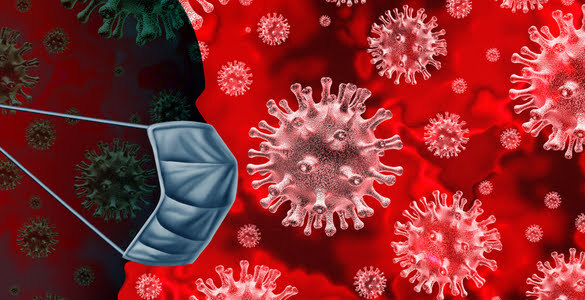 Lawmakers and experts expect more to be done by the Biden Administration, including expanding manufacturing capacity in low-income countries.

Lawmakers insist that the Biden administration must do more to combat the pandemic worldwide and prevent the emergence of dangerous new variants. Democrats are pressing for billions of dollars in federal funding to boost global COVID-19 vaccine manufacturing as part of the Democratic Party's upcoming $3.5 trillion stimulus package.

116 Democratic members of Congress, including more than half of the Democratic caucus in the House of Representatives, signed a letter to congressional leaders and President Biden last month, urging them to support $34 billion in funding to increase global production of COVID-19 vaccines and to assist in their distribution throughout the world. According to health experts, the government should do more to immunize the planet since many nations still only have a tiny proportion of their people immunized, creating fertile ground for developing new variations that may endanger everyone, including Americans.

Members of Congress who support this initiative claim they have not yet received pledges of support on the subject from either the House of Representatives or President Biden.

"No one has made any promises to me about it," said Rep. Tom Malinowski (D-NJ), one of the letter's organizers, noting that he had talked with House Speaker Nancy Pelosi (D-CA) and that "everyone I've spoken to recognizes the need."

"We will continue to look for ways to increase funding for global vaccine distribution and manufacturing, building on the nearly $8 billion in funds for GAVI, the Global Vaccine Alliance, and the Global Fund that the Speaker secured in earlier covid relief bills," said Henry Connelly, a Pelosi spokesman.

Rep. Raja Krishnamoorthi (D-IL), another proponent of the initiative, said supporters had not yet gotten a "formal answer" from the White House on their request.

"I believe there is more work to be done," Krishnamoorthi said.

"We need to convince people that this is a major priority," says the author. "

On Thursday, White House COVID-19 response coordinator Jeff Zients announced an approximately $3 billion investment in the vaccine production supply chain in the United States, which he claimed would also assist increase supplies for the rest of the planet.

"We have the ability and will do much more," Zients said.

The Biden administration has already committed to donating 500 million doses of the COVID-19 vaccine over this year and next, with more than 130 million doses already distributed.

However, legislators and experts agree that more has to be done, including increasing manufacturing capacity in low-income nations to manufacture more medication dosages.

Malinowksi argues that the government must "intensify" its efforts to succeed.

The gift of 500 million pills, he said, was publicized by the organization.

"While it seems to be a very big number, it is really deficient in one digit."

Inequitable access to vaccination supplies between wealthier and poorer nations has long been a source of concern for global health authorities. This is no exception.

According to the World Health Organization, the most susceptible 10 percent of any country's population should be vaccinated by the end of September.

However, the World Health Organization (WHO) said that 42 of Africa's 54 countries are on track to fail that target at the current rate of vaccinations.

So far, only nine African nations have achieved a 10 percent vaccination rate among their populations.

In an August letter to Biden, more than 200 health professionals and civil society organizations called for establishing a "wartime footing" to increase COVID-19 vaccine production for the whole globe.

Specifically, the letter asked the president to develop a plan to achieve capacity for 8 billion vaccine doses per year within six months. It demanded that a plan be published within one month of receiving it.

Among others who signed the letter were Tom Frieden, the former director of the Centers for Disease Control and Prevention under the Biden administration, and Paul Farmer, the co-founder of the Partners in Health organization.

"It is not being dispersed in an equal manner."

"One of the reasons we need to spend more in manufacturing is to establish a globally dispersed manufacturing model," he said, allowing lower- and middle-income nations greater access to the manufacturing sector.

If there are monies available that have previously been allocated, lawmakers spearheading the charge believe the entire $34 billion in additional financing may not be required. However, they claim to not have a precise accounting of how much money is presently available.

As revealed in a report released by PrEP4All, an HIV advocacy group that is also involved in the COVID-19 response, the Biden administration has spent only $12 million out of the $16 billion allocated in the American Rescue Plan earlier this year for the manufacturing and procurement of vaccines and drugs, as well as equipment and other supplies.

This week, a group of experts called on world leaders to hold a global summit at this month's United Nations General Assembly and commit to measures such as making 7 billion vaccine doses accessible by the end of the year.

Among the specialists who made that determination was Udayakumar, who stated, "We're witnessing a lot of fragmented attempts."

Nothing will be resolved unless all of these issues are addressed thoroughly.

Krishnamoorthi said that money is required in the next congressional package to "stop" the epidemic rather than "manage" it.

In his words, if money is not included, "we will be doomed to manage and muddle our way through this epidemic until we get to the next Greek letter variant."