Covid-19 Vaccines May Be Useless Against New Covid Mutation 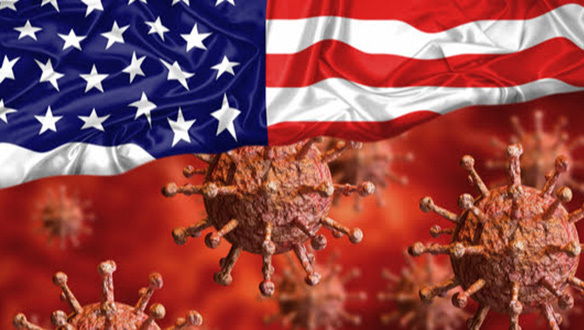 The new Covid-19 C.1.2. has virologists around the world-shaking in their shoes. Known as the South African variant, this new mutated variant may be even more infectious than the Delta variant, more than twice as infections as the original Covid-19 infection

It appears to have developed suddenly; a new coronavirus variant identified in South Africa and already popping up in Great Britain seems to be more highly mutated than any other coronavirus variant highlighted by the World Health Organization (WHO).

The only good news is it still comprises just a small share of South Africa’s and Great Britians Covid-19 cases and has not been conclusively investigated for how its mutations impact the danger this new version of the virus represents. Yet, the early indicati0ns of the threat are scary as hell.

“The evolution of this new variant, named C.1.2., as detailed in a preprint study published earlier this month by South Africa’s National Institute for Communicable Diseases and the KwaZulu-Natal Research Innovation and Sequencing Platform.”

“Evolved from C.1., one of the coronavirus lineages that dominated during the first wave of infections in South Africa in mid-May, C.1.2. was first identified in the South African provinces of Mpumalanga and Gauteng in May 2021.”

“It has since spread to most provinces in South Africa, as well as a handful of other countries in Africa, Europe, Asia, and Oceania, according to the research, which is still awaiting peer review.”

“The study’s authors said they are concerned about the variant because of how quickly it has mutated: it is between 44 and 59 mutations away from the original virus detected in Wuhan, making it more mutated than any other WHO-identified Variant of Concern of Variant of Interest.”

“It also contains many mutations which have been associated with increased transmissibility and a heightened ability to evade antibodies in other variants, the scientists said, though they occur in different mixes and their impacts on the virus are not yet fully known.”

Reuters reports that it was told by Richard Lessells, an infectious disease specialist who is one of the study’s authors, that C.1.2. may have more immune evasion properties than the super-prevalent delta variant, based on its pattern of mutations. Although this C.1.2 variant is still hasn’t been definitively analyzed.

All that is known is that its much more transmissible, and current Covid vaccines may prove ineffective in preventing transmission.

While there are a small number of confirmed infections at this point compared to the Delta variant, there is the potential of it spreading around the globe like a tsunami.

Changes to the virus have led to new waves in infections through the pandemic. For example, the U.S. is in the midst of a massive surge in infections, hospitalizations, and deaths due to the more infectious delta variant. Research suggests this variant has more than double the risk of hospitalization of the U.K.’s alpha variant, has also taken a toll on vaccine efficacy of preventing infection. However, the jabs still largely prevent severe illness. Lambda, first identified in Peru but now spreading through South Africa, is another variant causing concern following research suggesting some of its mutations may be able to resist neutralization by vaccine-induced antibodies. It is not clear whether Lambda is more dangerous than the Delta variant because the evidence so far at this early date shows that some of the vaccines developed are less effective against it.

We at Wall Street Rebel have been warning that vaccine hesitancy and refusal here in the United States fueled by right-wing conspiracy theory morons worldwide could lead to an Alpha/Omega variant- a mutation that kills hundreds of millions, even a billion people around the globe.

So far, Wall Street is discounting the C.1.2. mutation because of the few numbers of people reportedly infected with this mutated Covid variant; however, that could change if it is as infectious as reported and sweeps around the world. This is an early warning that we in the United States may be confronted with this much more deadly, contagious, and transmissible coronavirus mutation in the next 60-90 days. Worse, we could face other even more deadly mutations that develop here in the United States because of the lunitics that refuse to wear masks or get vaccinated.