COVID-19 Health Professions: Who wants to be a Millionaire 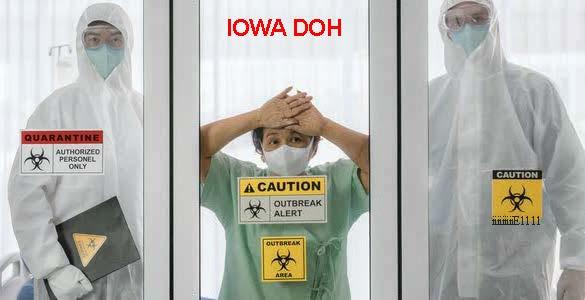 Senator Joni Ernst (R-IA) internal re-election polls must not be favorable given the Senator’s willingness to push a conspiracy theory that could incite a front line worker backlash that turns out enough outrage to retire the Senator permanently on November 3, 2020.

Sen. Ernst is trying to ignite a half-baked Alex Jones, Newtown type genre conspiracy theory to brainwash 33% of Americans to believe that they should be skeptical that 185,000 Americans have died from COVID-19, and 6.2 million Americans have tested positive for the potentially deadly virus.

Ernst is desperately trying to convince the voters of Iowa that as President Trump once said, “What you are seeing isn’t really happening.” The state of Iowa infection and hospitalization rate is rising. The state could be in for a rough 60 days. In fact, we remain on course for over 8.5 million people that have test positive and 250,000 deaths by Election Day, November 3, 2020. 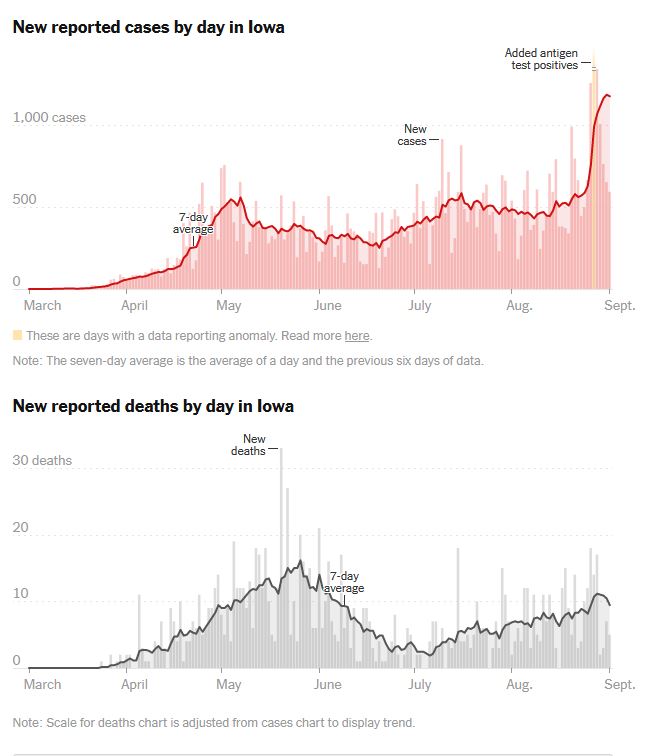 There’s still no “national plan” in fighting and defeating this insidious virus. The incompetence of leaders like President Trump and Senator Joni Ernst demonstrate as demonstrated on the White House south lawn Thursday night, where CNN’s Jim Acosta reported that he was looking for an answer for why socially distancing and masks weren’t enforced. He response he was given was that eventually, everyone is going to get COVID-19 anyway.

The core of Ernst’s speculation…

“These health-care providers and others are reimbursed at a higher rate if COVID is diagnosed to it, so what do you think they’re doing?”

Ernst’s strategy amounts to stupidity unbecoming a U.S. Senator, but what can she really do? If she broke away from Trump and had the force of personality to keep her politics all about Iowa’s citizen benefit, she’d be coasting to re-election. Instead, she bought into Trumpism will lose her seat anyway. By sticking by him, she may be reasoning she at least has a chance of hanging on.

Fact-checking Senator Ernst claim that doctors and or health professional have a financial incentive to inflate coronavirus numbers, PolitiFact has found that doctors are receiving 20% more in billing fees for coronavirus patients. A result of the federal stimulus bill passed in March, which was intended to compensate hospitals for quickly falling revenue as most Americans stayed home and for the high costs of treating a patient with the virus. Doctors have said that reporting criteria are strict and that nobody is exaggerating COVID-19 numbers.

Further, demonstrating that Senator Ernst is full of horse manure is the fact that expert after expert has come forward and has said the 185,000-plus COVID-19 deaths in America that are being reported isn’t an overcount but likely a vast undercount.