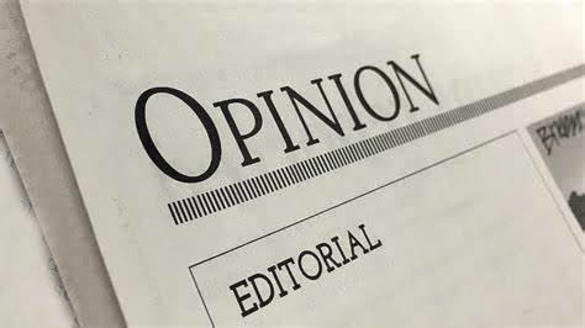 The Covid-19 pandemic's resurgence is now hospitalizing children across the country. Many parents and school administrators express concern over an alarming increase in children becoming infected with COVID and the protocols in place by Republicans to protect them.

Disinformation about the pandemic is being spread by those who refuse to get vaccinated against Covid-19 and those who demonstrate against the need for adults and children to wear masks to prevent them from being infected with and spreading the virus.

A friend of mine has repeated the mask and vaccine resistance, who indicated that just 1.5 percent of those sick are dying due to the coronavirus pandemic. The mortality rate of 1.5 percent, he thinks, is insufficient to warrant mandatory vaccinations and the wearing of protective gear.

Even more alarming, he is echoing the belief being made on social media that still believes that while hydroxychloroquine is not a cure in itself for Covid-19, it can open up the membranes of human cells to other drugs, supplements, and key vitamins, making them more easily absorbed into the body. Further, he and others are buying into this ridiculous therapy believe this therapy is being hidden from the world.  According to this disinformation…

This hydroxychloroquine therapy is literary being covered up by stealth and highly sophisticated racketeering operation that is so powerful they are stripping the internet of every mention of this incredibly cheap therapy that can cure Covid-19.

The fact that he's right about politicians of both sides of the aisle in Congress taking via dark money contributions from pharmaceutical interest - is factually correct. Allows him to believe they are using their influence to hide an effective, low-cost cure for Covid-19 to guarantee the profits of the world's pharmaceutical companies. A little bit of truth is usually used to sell most conspiracy theories.

My friend, like many Americans, believes an inexpensive but effective cure for Covid 19 exists and is being kept from the world. This is being done to protect the profits of pharmaceutical companies. Like many of these "true believers," my friend admits all of this is just another example of why the American system of government is irrevocably broken.

The loss of faith in our system of governments that has endured through 244 years is being destroyed by the internet and streaming media's disinformation agents. These include the tin foil hatters, fame and notoriety seekers, profiteers, white supremacists, and at least three foreign powers (Russia, China, and North Korea) that are helping destabilize our Republic.

This disinformation is steadily wearing down the common sense of millions to the point that most would generally howl in outrage if they were to learn that thousand of our 53.1 million children could become infected and statistically, 1.5% of those perish.

The Delta variant is more transmissible than the viruses that cause MERS, SARS, Ebola, the common cold, seasonal flu, and smallpox and is as contagious as chickenpox. The danger of thousands of children dying is a real possibility now that schools open throughout the country. And so many politicians in power are still resisting schools' requirements. Notably, Florida's governor Rick DeSantis and Texas Governor Greg Abbott institute bans and do not push vaccination efforts.

The resistance is shocking when the CDC is reporting the Covid-19 Delta variant is so virulent. Children make up 20% of all new COVID-19 cases.

So, what happens when millions of kids interact in schools in schools?

Nothing wakes up families more than the death of a child when the death could have been prevented. The backlash of politicians like Florida's governor Rick DeSantis and Texas Governor Greg Abbott is likely to be vicious.

Why am I so sure, DeSantis and Abbott are imperiling their re-election chances in 2022, risking a ballot backlash, and their disinformation and rewriting of history come to the metro Austin Texas area exemplifies campaign season…

For a population of 2.4 million people, there are just six ICU beds and roughly 313 ventilators left available. Austin Public Health Medical Director Desmar Walkes called the situation a potential "catastrophe" and said, "The situation is critical" and "Our hospitals are severely stressed, and there is little we can do to alleviate their burden with the surging cases."

Austin is at Stage 5 as of Aug. 5, the highest level of APH's COVID-risk-based guidelines, after hospital admissions increased six-fold and cases increased ten times in July. We are in a dire national emergency that is already breaking the ability of our nation's hospitals to manage. This is a dire national emergency, potentially the worst health crisis in U.S. history.

Politicians like Gov. DeSantis and Gov. Abbott insist that the immigration crisis aggravates this health crisis at our country's border. It's not. The pandemic is fueled by disinformation and ignorance by politicians and those who want to destabilize our Republic.

Bottom line: we have to be on a war footing in battling this virus and preventing a doomsday Alpha / Omega variant from mutating into existence.

For a party that waves the flag and celebrates American greatness and strength, requiring every student and, for that matter, every American to do their part by taking one of the vaccines and wearing a mask doesn't seem too much to ask of genuine patriots.