Countless Millions of People Struggle to Pay Their Medical Bills 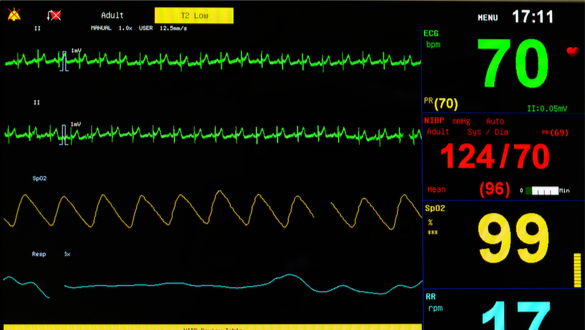 More than fifty percent of adults in the United States say that in the past five years, medical or dental bills have caused them to fall into financial hardship.

According to the findings of an investigation conducted by Kaiser Health News and National Public Radio, there are over one hundred million people in the United States. This includes 41 percent of adults. They are being negatively affected by a health care system pushing patients into debt on a large scale and systematically going them into debt.

The investigation has revealed a problem that, despite recent attention from both the White House and Congress, is significantly more widespread than was previously reported.

This is because a significant portion of patients' debt is concealed as balances on credit cards, loans from family members, or payment plans to hospitals and other medical providers.

The numbers are mind-boggling:

• According to the results of the KFF poll, approximately 50 million adults, or about one in five, are participating in an installment plan with a hospital or another provider to pay off bills for either their own medical care or the care of a family member.

• One in ten owe money to a friend or family member who helped them pay their medical or dental bills, another form of borrowing that is not traditionally measured.

• Patients charging their bills and running up balances on credit cards leads to the accumulation of even more debt on those cards.

Approximately one in six adults is currently working to pay off a medical or dental bill they initially put on the credit card.

The KHN-NPR investigation uses a nationwide poll carried out by the Kaiser Family Foundation specifically for this project to calculate the precise magnitude of this debt.

The survey was designed to capture patients' inability to pay their medical bills and other forms of debt used to pay for medical care.

In addition, the project is informed by recent analyses conducted by the Urban Institute and other research partners.

The prognosis is not encouraging.

According to a poll conducted by the KFF, more than half of all adults living in the United States have reported falling behind on their payments for dental or medical expenses within the past five years.

And approximately one in five people with any debt reported that they do not anticipate ever paying it off.

"The debt issue is no longer merely a glitch in our system.

Rishi Manchanda, a physician who has worked with low-income patients in California for more than a decade and has served on the board of directors of the nonprofit RIP Medical Debt, described it as one of the primary products that the organization offers.

"Our health care system was built from the ground up to rack up massive amounts of debt."

Because of the burden, families are forced to reduce their spending on food and other necessities.

According to the poll results, millions of people are being forced out of their homes and into bankruptcy.

People struggling with cancer and other chronic illnesses face additional challenges due to mounting medical debt.

An investigation conducted by the Urban Institute found that the levels of debt in some of the most disease-ridden counties in the United States can be three or even four times higher than those in the healthiest counties.

Racial disparities are getting worse as a result of the debt.

And as a result, people in the United States cannot put money away for their retirement, make investments in their children's education, or buy homes.

The most perverse effect of medical debt is that it prevents patients from receiving treatment.

According to the survey, approximately one in seven people with debt have reported being turned away from a medical facility, doctor, or another provider due to unpaid bills.

Approximately two-thirds of an even more significant percentage have delayed receiving care due to financial constraints.

Now, the debt that hospitals and other medical providers have accumulated is forcing millions of people to use credit cards and other forms of credit.

Patient debt is also responsible for maintaining a murky collections industry, fed by hospitals selling the debt to collection companies.

A straightforward fact is at the root of the current debt crisis in the United States:

According to the results of a poll conducted by the KFF, fifty percent of adults living in the United States do not have sufficient funds to pay an unexpected medical bill of $500.

The cost of past medical expenses is the type of debt that appears on consumer credit reports the most frequently.

According to the findings of the KHN and NPR investigation, the medical debt reflected on credit reports only accounts for a small portion of the total amount of money Americans owe for health care.

The financial burden brought on by medical or dental care may be manageable for many people in the United States.

According to the results of the KFF poll, approximately one-third have debts of less than $1,000.

However, the cost of medical bills can be catastrophic.

According to the results of the KFF poll, approximately one in eight people in the United States who have medical debt owe $10,000 or more.

People in the United States have been hit particularly hard by the rise of high-deductible health plans, which require individuals to pay thousands of dollars out of their own pockets before the coverage kicks in. This has caused a significant burden on the population.

According to studies, patients may still be responsible for thousands of dollars in debt even with Medicare coverage.

According to the survey results, approximately one in three elderly people have financial obligations related to medical care.

In addition, 37% of these individuals reported that they or someone else in their household had been forced to reduce spending on essentials such as food, clothing, or other necessities.

It is improbable that the changes will address the underlying causes of this national crisis.

Alan Cohen, who helped establish the insurance company Centivo and has spent the better part of four decades working in the field of medical benefits, stated that a lack of financial resources is "the No. 1 reason, and the No. 2, 3, and 4 reasons, that people go into medical debt."

New research says 100 million in the U.S. saddled with debt from healthcare