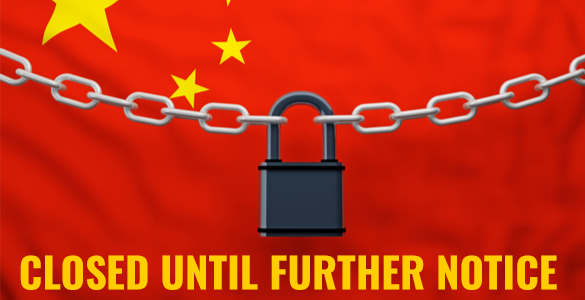 The CEO of Novartis believes it will take at least 12 months to find a new vaccine to treat the Coronavirus. With the fast-spreading nature of the Coronavirus outbreak, the threat must be taken “very seriously.”

The spread of a fast-moving Coronavirus outside of China is of “grave concern,” and it has prompted the World Health Organization to announced Wednesday it intends to reconvene and hold another emergency meeting this week to decide whether it’s a global health emergency.

“The Coronavirus has spread to a handful of people through human-to-human contact outside of China.”

The death toll from the Coronavirus has now reached 132 in China, and the total number of cases of the virus reached more than 6,100 worldwide according to Chinese and international health authorities today. Since the first patient was identified in Wuhan on December 31, 2019, the number of people diagnosed with the virus in China has grown exponentially to more than 6,060. The number of persons infected by the Coronavirus already is exceeding the total number of SARS cases in that China during the 2002-2003 epidemic. There were 5,327 SARS cases in China and 8,000 across the world between November 1, 2002, and July 31, 2003, according to the World Health Organization.

The first case of the deadly virus found in Finland on Wednesday was a Chinese traveler from Wuhan, China, according to the Finnish Institute for Health and Welfare. The traveler is in isolation in Lapland’s central hospital in northern Finland, it said in a statement, adding some 15 other people may have been exposed.

British Airways has stopped all direct flights to and from mainland China because of the Coronavirus outbreak. The airline said the suspension would be implemented “with immediate effect” following the viral outbreak that has caused 132 deaths and infected more than 6,000 people.

Foreign businesses in China closing as a precaution, include Honda, McDonald's, and General Motors, the largest U.S. automaker in China. General Motors told its employees that it would keep its Chinese factories shut down through February 9, according to a company spokesman in an email to CNBC. China’s GM factories have been closed as part of a nationwide manufacturing break to celebrate the Lunar New Year but were initially due to reopen this week.

Meanwhile, Starbucks has already closed more than half of its Chinese stores, and its CEO Kevin Johnson has been quoted as saying it won’t hesitate to close more to keep its employees safe. Johnson told CNBC it’s a ….

“very dynamic situation… when there’s a concern, we will close stores.”

Sales of plastic gloves and facemasks have soared in recent days thanks to the Coronavirus outbreak. Dow Inc. (DOW-NYSE) is reporting that its cleaning products are seeing increased demand due to the rapidly spreading virus. “We’ve seen some demand-pull on things like cleaning materials found in household disinfectants, non-wovens for masks and wipes and those kinds of things Dow’s CEO,  Jim Fitterling told CNBC.

“And I think as you see people stay at home and use more food from the grocery store, you’re going to see a pull on packaging as well.” 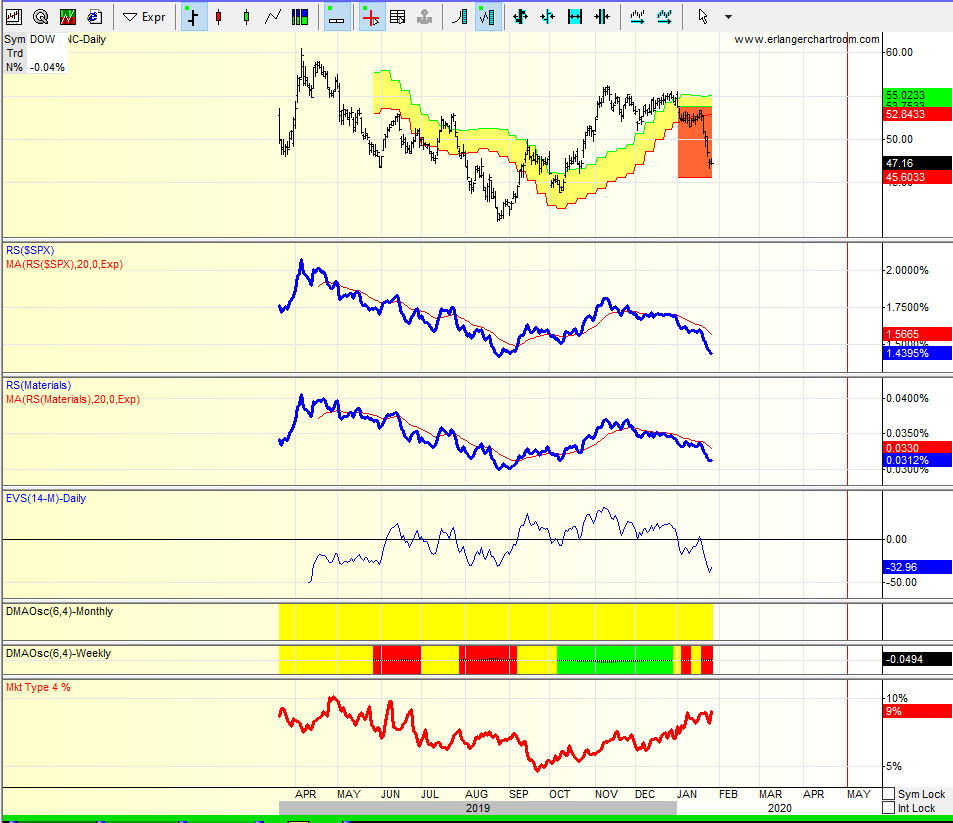 Meanwhile, although DOW was up more than $2 today, trading at $49.19 a share our Erlanger Chart Room chart for the company is bearish with six important indicators showing we are a long way from a buy signal. The company’s shares have been previously in a sell-off mode since late December.