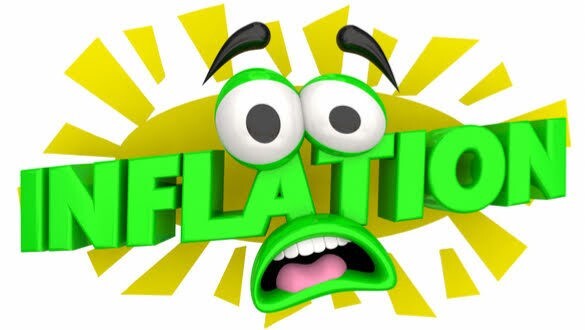 Consumer prices in the United States climbed by 7% year on year in December, the highest pace since 1982 and the latest evidence that rising costs for food, petrol, rent, and other essentials are putting financial strains on American families.

Inflation reached its highest level in nearly 40 years last month, with a 7% increase from a year earlier, raising household expenses, reducing wage gains, and increasing pressure on President Joe Biden and the Federal Reserve to address what has emerged as the most serious threat to the U.S. economy.

Prices for autos, fuel, food, and furniture have risen considerably as a consequence of the rapid recovery from the pandemic recession, aided by enormous injections of government assistance and emergency intervention by the Federal Reserve, which has decreased interest rates.

The growth in American spending has placed strain on supply chains, which have been impeded by a lack of labor and raw materials. Rapid price rises have damaged consumer confidence and cast doubt on the economy's future, which is concerning news for the Biden White House and economic leaders as the economy's future becomes more uncertain.

According to the Bureau of Labor Statistics, the last time the main inflation index reached 7% was in 1982.

Policymakers have been waiting for inflation to fall in recent months in the expectation that supply chain concerns would ease, allowing firms to catch up with rising consumer demand. Rather, continuous virus outbreaks have forced the closure of operations, and shipping lines have been unable to keep up with the number of orders pouring in from all over the globe.

Meanwhile, buyers continue to buy products from other countries at an alarming pace.

According to the Labor Department, its index of inflation that excludes volatile food and gas prices jumped by 5.5 percent in December, the highest increase in this metric since 1991.

In November, inflation grew by 0.5 percent overall, compared to 0.8 percent the previous month.

A significant percentage of inflation is still being driven by demand-supply mismatches caused by pandemic-induced demand and supply disruptions.

Used vehicle prices have grown by more than 37% in the past year due to a shortage of semiconductors, which has prompted a standstill in new car production in the meanwhile.

New car prices grew by 1% in December and have grown by 11.8 percent in the previous year.

Clothing spending grew by 1.7 percent in December alone, marking the second month in a row of strong increases. They are up 5.8 percent over the previous year.  Despite the fact that gas prices declined by 0.5 percent in December, they are still 50% higher than a year ago.

Analysts predict that inflation will fall as the omicron wave dissipates and Americans shift more of their spending towards services such as travel, eating out, and watching movies.

This would help to reduce product demand while also assisting in the untangling of supply networks, which are starting to show signs of detangling. Rent, restaurant meals, and groceries are all rising in price for the time being. These gains are being driven by strong consumer demand, which is being propelled by a strong labor market and continuously rising wages.

Last month, the unemployment rate fell to 3.9 percent, the lowest level since June 2009.

In recent weeks, grocery stores around the United States have reported shortages and higher cost.

The omicron variant and harsh weather have compounded labor and supply-chain concerns.

Because of the crisis, many restaurants have passed on higher labor and food costs to their customers.

Inflation rises 7% over past year in December, highest in nearly 40 years