Consumer Prices Continue to Rise at a Breakneck Pace 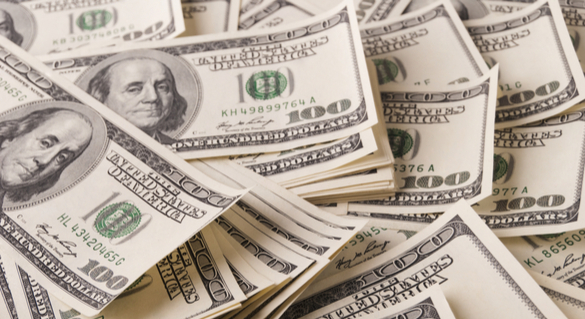 Inflation continues to rise, offering a challenge to families struggling to keep up with growing costs as well as to the White House and the Federal Reserve as they work to stabilize the economy, according to new data issued on Wednesday.

For the first time in months, annual inflation slowed, yet the Consumer Price Index nevertheless rose 8.3%, an uncomfortably fast rate. A carefully studied index that takes out the cost of food and fuel actually increased at the same time.

For the month of April, core inflation increased by 0.6% over the previous month, outpacing the previous month's increase of 0.3%. Inflation expectations are shaped in part by this metric, which policymakers rely on to guide their decisions.

Investors' concerns that the Federal Reserve may accelerate its plans to raise interest rates were reignited as a result of the news. If this occurred, the stock market would lose even more momentum. The S&P 500 index had a dip of 1.6%, extending a slide that has lasted for the past five weeks and has brought it to the verge of a so-called bear market, which is defined as a decline of more than 20% from a recent top. At the end of the trading day, the index was 18% lower than its record high from the month of January. The technology-focused Nasdaq composite, which has been experiencing a bear market for several months, saw its value drop by 3.2%.

After rising by an even faster 8.5% in March, annual inflation may have reached its highest point at this point. It slowed down in April partially because petrol prices dipped lower and partly because of a statistical oddity that will linger during the upcoming months. Both of these factors contributed to the overall slowdown. Price fluctuations throughout the course of a year are now being compared to the higher price readings recorded at the same time period a year ago, April when inflation first began to accelerate. Because of the bigger base, annual increases appear to be less significant.

Economists do believe that price hikes will continue to decelerate to some degree throughout the course of this year. This is due to the fact that they believe that consumer demand will decelerate and that tensions along the supply chain will alleviate.

On a variety of items, several analysts have forecasted either a slowdown in the rate of price increases or even outright price reductions; nevertheless, these predictions are looking increasingly questionable. The crisis in Ukraine and the lockdowns in China threaten to create supply shortages for critical products, including semiconductor chips, commodities, and other essential goods.

For example, the way forward for the automobile market is still not entirely obvious. There are indications that the supply shortages of old vehicles are beginning to ease, but the shortages of computer chips, which are essential to the construction of automobiles, continue. As a direct consequence of this, businesses are still fighting an uphill battle to finish producing vehicles.

In April, prices for used vehicles and trucks were lower than they were the previous month; however, the decrease was not as significant as the one that occurred in March. Car parts had dropped in price throughout the month of March, but by April, they had resumed their regular upward trend. Prices of brand-new automobiles also picked up after hitting a plateau, increasing by 1.7% as compared to the previous month.

The Federal Reserve has established an inflation target of 2% per year on average; however, it defines this target using a comparable but distinct metric that has a tendency to run somewhat lower and is published with a greater degree of lag. This particular inflation index rose by 6.6% from the beginning of the year through March, and the statistics for April will be made available later this month.

The fact that inflation has been so high for such a lengthy period of time is a challenge for the central bank. Household and investor expectations for future price changes have been creeping higher after an entire year of abnormally rapid increases. This might sustain inflation if individuals and businesses modify their behavior by asking for larger raises and charging more for goods and services.

As a result of this rise in risk, the Federal Reserve has started to raise interest rates in an effort to prevent inflation from spiraling out of control in a manner that is more long-lasting. The Federal Reserve's policymakers increased its main policy interest rate for the first time since March 2018, and at their meeting last week, they followed that up with the largest hike since the year 2000.

The government hopes that if they raise interest rates on loans, consumers and businesses will cut back on their spending and hiring, which will allow supply to catch up with demand. It is expected that inflation will decrease as the economy moves closer to equilibrium.

The goal of central bankers is to achieve what is commonly referred to as a "soft landing," which means that they hope the policies they implement will moderate economic growth without elevating the unemployment rate or sending the United States into a recession. It has been widely acknowledged by officials that slowing down the economy in a controlled manner will be a challenging task, and some of them have hinted that they would be willing to inflict economic pain if that was what it needed to bring down the rate of high inflation.

The fact that prices for necessities are going up presents a problem for those who set public policy, but it's an even bigger one for families. According to a study released on Wednesday, the price of food increased by 0.9% from the previous month in April. This marks the 17th consecutive monthly increase.

The rise was driven by an increase in the cost of dairy products, nonalcoholic beverages, and eggs, which saw a monthly increase of 10.3% as a result of the avian flu decimating poultry flocks. The poor, who spend a larger portion of their incomes on necessities like groceries and gas, are likely to be affected particularly hard by this type of inflation.

But because the United States is experiencing robust job growth and robust income growth — albeit not strong enough to entirely counteract inflation — many Americans are able to absorb the growing costs, for the time being, thereby maintaining robust overall demand.