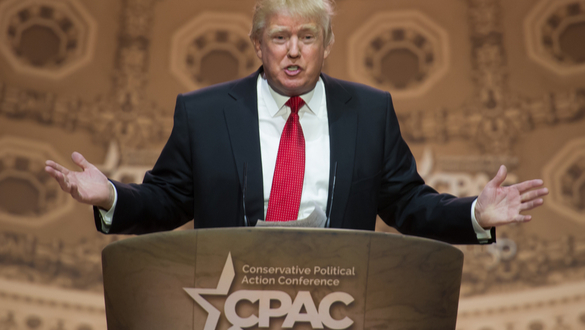 Thousands wanted to defeat Obama in 2012, so they donated nearly $10 million to the American Conservative Union (ACU) — the sponsor of the infamous annual CPAC conference. The fundraiser and his partners walked off with most of it.

Year after year crooked political fundraising plays on people’s emotions and desire to affect political change donate millions to “dishonest fundraising groups” of all kinds. Watchdogs have long complained and been warning that ethics laws fail to prevent the exploitation of donors by organizations operating with little or no oversight. The latest red hot scam is leveraging President Donald J. Trump name, and the need to re-elect him or defeat him to raise millions of dollars that will wind up going no further than the pockets of “fundraisers”.

Adav Noti, a lawyer who worked for more than ten years at the Federal Election Commission interviewed by Politico…

“The individuals — or many of the individuals — who seem to be profiting off of scam PACs are the same people who also provide services to mainstream players,” “Obviously, not every political consultant is fleecing small donors. But the consultants who are fleecing small donors, largely the way they’re able to do that is because they have experience and connections.”

According to a newly posted story by Politico…

“The Conservative Majority Fund, a political fundraising company, has raised nearly $10 million since mid-2012 but has made just $48,400 in political contributions.”

Politico’s story… ‘How conservative operatives steered millions in political action committee (PAC) donations to themselves’ is a must-read for anyone considering donating to CPAC.