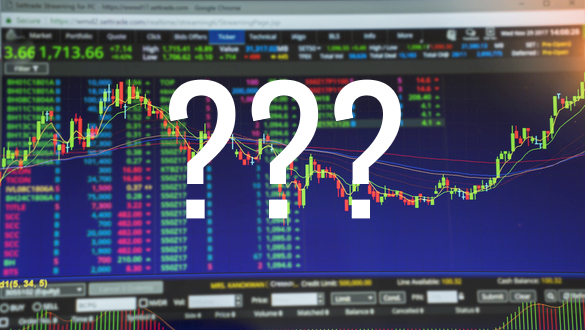 Jim Paulsen, CIS at Minneapolis-based Leuthold Group, stated that these key indicators prove the economy is getting better. Growth levels were seeing acceleration and growth profiles were changing as well. He stated that it was interesting to see a pessimistic attitude among investors, especially when indexes were showing such phenomenal growth. There’s a clear disconnect between current growth levels and investor sentiment right now from his analysis. 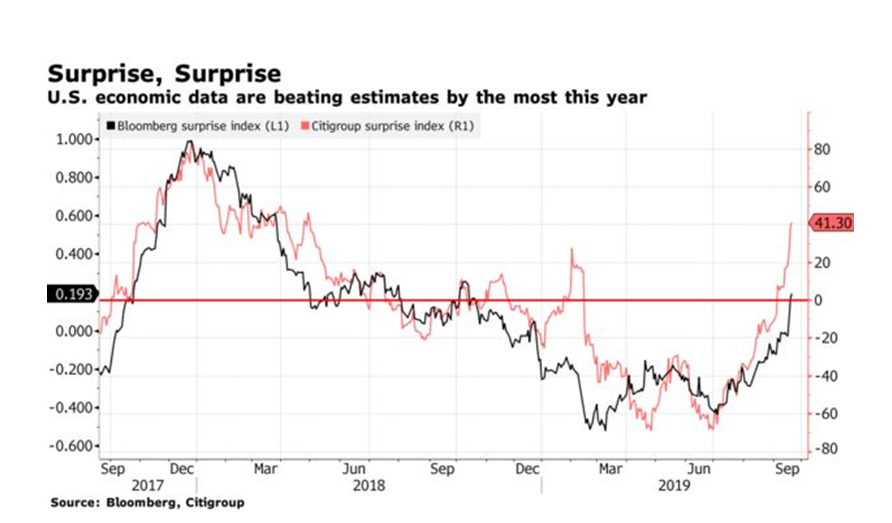 These readings indicate a brighter mood regarding the world’s biggest economy. Last month had seen a few global markets and indicators stoke fears that the current economic growth run would soon be coming to an end.

Fed policymakers highlighted the U.S. economy’s strength even though they decided to slash interest rates for the second consecutive time to defend against dangers to the current economic expansion. Investor sentiment is on the rise as well, lifting US equity benchmark indexes to record level in September.

Paulsen added that such upbeat signals were also popping up in other economies, including Japan and Europe.

The data released on Thursday included a report from the U.S. Labor Department, which revealed the number of initial filings seeking unemployment benefits. These figures were close to the Bloomberg survey’s most optimistic estimates and happened to be extremely close to record low levels.

The Conference Board’s leading economic indicator index, which can help gauge future growth levels, remained unchanged. People were previously predicting it to project a decline in the economy.

Apart from that, another industry report released in August showed current home sales figures to sail above forecasted levels, after a report was released on Wednesday, which showed housing start figures to be at their highest since 2007. This could mean that economic growth could be aided by residential construction during the Q3 period, which would be a first since 2017.

In the manufacturing sector, the Philadelphia Fed’s manufacturing business activity index in Sept has exceeded estimations. Factories are currently expanding at a decent pace. However, the Empire State factory index of the New York Fed wasn’t so optimistic this week.

Just to be clear, better-than-expected data indicators do not mean that the coast is clear for the U.S. economy. U.S.-based businesses are still hesitant over ramping up their capital investment due to tepidity in global demand and uncertainty in trade policies.

A certain Bloomberg survey conducted this month involving economists found that the possibility of another recession within the next twelve months is now at 35%, compared to 20% at the beginning of this year. Forecasters are still projecting a GDP growth of 2.2% this year & 1.7% during 2020.

Concerns over a possible recession increased last month when President Trump announced new tariffs on several Chinese imports, which prompted retaliation. Apart from that, the stock market went through as a slump as well, along with an inversion in Treasury yield curves, which is usually seen before a recession.

Mark Vitner of Wells Fargo & Co. Now stated that people had become overly pessimistic regarding the U.S. economy. He stated that although growth may be slowing down, recession risks are highly overstated at the moment and are unlikely to ever materialize, provided the Fed keeps slashing rates for a few more times.

He stated that although job growth levels were slowing at the moment with the economy slowing down as well, the economy was still in good shape.