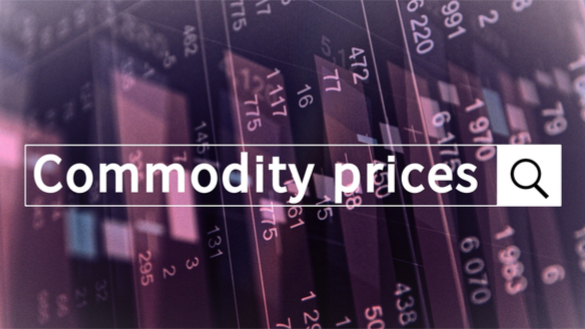 I like and respect their work, but I disagree as I wrote on June 26th…

"The dynamic consequences of the trade war are deflationary. It should dampen the broad commodity rally now underway with early effect on energy prices. I expect lower oil prices as a rapid feedback from the trade war. Soft commodities like soybeans and hogs -- of which the Chinese are large buyers -- are also obvious candidates for weakness.

Earlier, I wrote to suggest that Trump's action in canceling the Iranian nuclear deal, and even the shift of the US Embassy in Israel to Jerusalem, augured for higher oil prices for geopolitical reasons.

But higher prices are themselves an impetus to deflation. They stimulate output and dampen demand. And in combination with salvos in Trump's trade war, have pushed the dollar higher.

The prospect that import tariffs will reduce the US economy’s current-account deficit at a time when the Federal Reserve raises interest rates has created an impetus to buying dollars.  The dollar can be used both as a haven and in carry trades.

It is reasonable to anticipate that the bull move in the dollar will intensify soon – with Trump poised to impose a new round of tariffs on China just after midnight July 6th.

"Tariffs on $34 billion of Chinese goods are scheduled to take effect at 12:01 a.m. in Washington, the U.S. Trade Representative confirmed in an email Thursday. The milestone marks a new and damaging phase in a conflict that has roiled markets and cast a shadow over the global growth outlook."

It makes sense for the Chinese – as well as other countries whose goods are under attack by Trump tariffs – to let or encourage their currencies to fall versus the dollar as this will offset some of the impact of the tariffs in raising the prices of their goods to consumers in the US market. While some of this mischief is no doubt already priced in, it would seem is not priced into oil markets, as they hit a four-year high two days ago.

As I forecast in my previous notes, weakness is widespread with agricultural commodities taking the brunt of the hit.

"Almost all raw materials fell after U.S. President Donald Trump threatened tariffs on an additional $200 billion of Chinese goods, sending commodity producers tumbling. A Bloomberg gauge of commodities slid to the lowest since early April, with agriculture the worst hit."

The worst effects of Trump's ill-conceived trade war lie ahead. It could provide the trigger for a hyper-deflationary event.