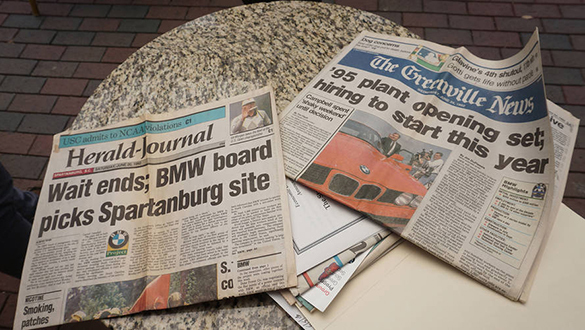 Besides making Vladimir Putin ecstatic; a new Commerce Department report delivered a report on the auto industry will likely trigger tariffs of up 25% against imported cars and car parts. We’re on the verge of a complete meltdown of European U.S. Relations.

The intellectual dishonesty of the Trump administration reached a new level of mendacity today.

President Trump received a report from his Commerce Department that could serve to damage European, U.S. relations severely.

The Commerce Report blatantly confirms the fears of German Chancellor Angela Merkel that President Trump will declare European car imports a threat to the United States. A prospect that Merkel labeled as “frightening” during her speech at the Munich Security Conference over the weekend,

This report was written with one thing in mind, validating Trump’s “America First” agenda that has to lead to trade wars with Mexico, Canada, Europe, Japan as well as China,

As part of his US President Donald Trump has already imposed a range of tariffs against allies, as well as China.

“Today, Secretary of Commerce Wilbur Ross formally submitted to President Donald J. Trump the results of the Department of Commerce’s investigation into the effect of imports of automobiles and automobile parts on the national security of the United States,” according to an official statement issued by the Commerce Department.

President Trump ordered the investigation in May. He now has 90 days to decide whether or not to impose additional tariffs on the European exporters. He has already threatened to impose tariffs on 25% on European autos, especially targeting Germany, which he says has harmed the American car industry even though German automakers manufacture in the United States the vast amount of their cars sold here in the United States.

While Canada and Mexico imported 17 million in 2017 that were sold in the United States, German automobile groups last year exported only 470,000 cars from Germany to the United States, according to the VDA manufacturers’ federation.

Mexico and Canada have reached a new free trade pact with Washington and are expected to be exempt from any new automobile tariffs.

The Commerce Department report is likely to end the July, trade truce that President Trump and European Commission President Jean-Claude Juncker in which they agreed not escalate or impose new tariffs while negotiations continued. Trump increasingly under pressure by his anti-free market, America First base could set off an economic catastrophe by ratcheting up tariffs on European imports. 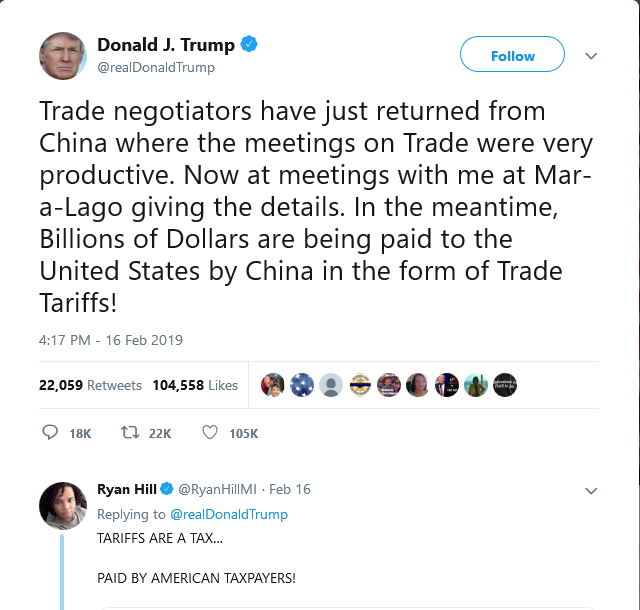 'Ryan Hill Gets it'

No matter how many times Trump is told that any tariffs imposed on imports amount to a tax on U.S. consumers.  President Trump continues to insist that the billions collected are a windfall for the U.S.  While he has collected $8 billion on tariffs imposed on Chinese imports, he has paid out over $11 billion to farmers to cushion the damaged by his trade war with China. No matter how you add it up, trade wars have no winners. Trump’s trade war despite his rhetoric isn’t winning and isn’t making America great again.