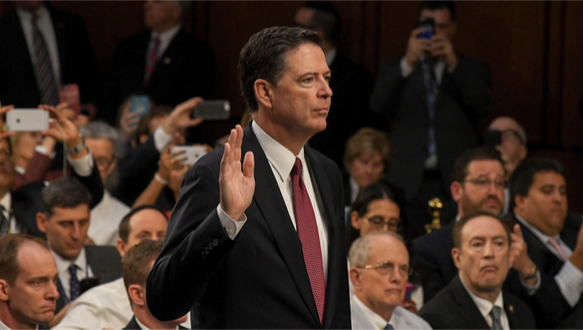 “Americans have awakened to the importance of the rule of law and the danger of its erosion, and that’s a very, very important sort of antibody response.” “And it’s a source for optimism.” —James Comey

During a St. Louis Public Radio Interview on Wednesday, James Comey, Former Director of FBI, discussed his impressions about the Special Counsel ongoing Russian Investigations. He said that he thinks that the Robert Mueller’s Special Counsel might be in the “Fourth Quarter” of its Russian probe.

“An argument to be made that the conviction — the plea and cooperation by Paul Manafort — may represent that we’re in the fourth quarter,” said Comey.

He further added that…

‘The way you normally do investigations is you work from the bottom up, and so they’re getting pretty high. The plea and cooperation by Paul Manafort may represent we’re in the fourth quarter.’ —James Comey