Cohen: Trump Is Under Investigation For Crimes Not Yet Revealed 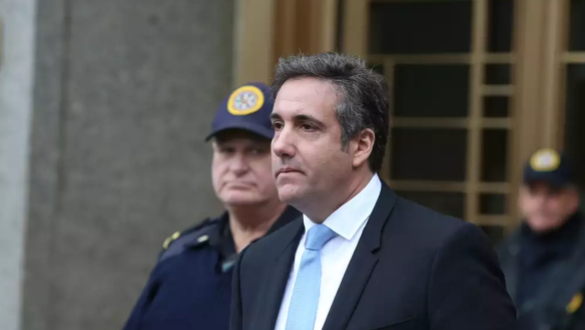 Without a scorecard, given all the different investigations being conducted by different Federal, State, and Local investigators into President Trump, his campaign, his businesses, his family and his administration-- it’s easy to lose track of it all.

According to Michael Cohen Federal prosecutors assigned to the New York Southern Division (NYSD) are investigating President Trump for crimes that have not yet been publicly revealed. During his day-long public testimony today in front of the House Oversight Committee, Donald J. Trump’s former lawyer and fixer slipped this bombshell revelation in while dodging questions from Rep. Raja Krishnamoorthi (D-Ill.) regarding the last time Cohen spoke to the President.

“Unfortunately, this topic is something that is being investigated right now by the Southern District of New York, and I have been asked by them not to discuss, and not to talk about these issues.”

Representative Krishnamoorthi, followed up with a very pointed question…

“Is there any other wrongdoing or illegal act that you are aware of regarding Donald Trump that we haven’t yet discussed today?”

Cohen answer was just as direct…

“Yes, and again, those are part of the investigation that is currently being looked at by the Southern District of New York.”

A spokesman for the U.S. Attorney’s office in Manhattan, which is also known as the Southern District of New York, declined to comment.

It is known that Manhattan federal prosecutors are already investigating pre-2016 election hush payments issued to women who had threatened to go public with allegations they had sex with Trump years ago.

It is also known that the Manhattan feds (NYSD) are amidst a major investigation into President Trump’s inaugural committee for suspected corruption and a possible pay-to-play scheme offered to deep-pocketed donors.