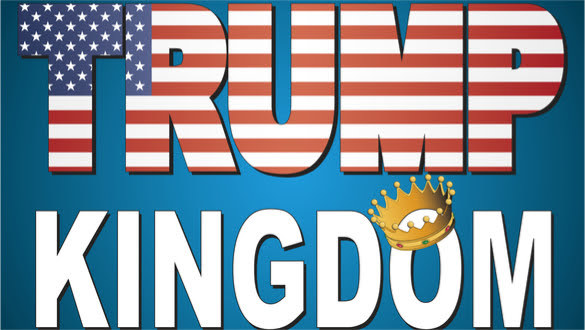 The increasingly bizarre behavior of President Trump has a good many reporters asking a critical question. Is the President Trump Non Compos Mentis (In medieval and early modern Britain, the term non compos mentis was often related to religious or mysterious phenomena such as diabolical influence . From the seventeenth century, the condition was increasingly viewed as a mental illness, also described as insanity or madness)?

"I've covered six presidents, but I've never covered any White House briefing quite like the one tonight."

Monday evening’s daily coronavirus press conference lasted a record two and a half hours. It included infectious disease expert Dr. Anthony Fauci carefully walking back comments about how an earlier response would have saved many lives. It looked like a tape recording of a hostage under duress by his kidnappers.

The two and half hour press conference hosted by President Trump included his presentation to the press and a  White House-produced video that resembled a campaign video that mixed praise for Trump's response with criticism of the media. As if the imagery of all of this wasn’t enough, President Trump then incorrectly claimed "total" authority when states lift their various stay-at-home orders.

CNN, broadcast much of Trump's two and half hour press conference while contemporaneously describing it as an angry "propaganda session,"

White House correspondent Jim Acosta who has been the target of many Trump attacks including banning him from press conferences as one point, which was overturned by a Federal Court, expressed concerns about the president’s (mental) wellbeing…

"I have to tell you, that was the biggest meltdown I have ever seen from a president of the United States in my career…I don't think a reasonable person could watch what we just saw over the last hour and conclude that the president is in control. He sounds like he is out of control. And he was ranting and raving for the better part of the last hour during that news conference."

Acosta pointed out that Trump’s…

"…claiming that he has authorities that he doesn't have,"

Trump seems to have lost his composure after East Coast, and West Coast governors agreed they would decide when their states would open in a coordinated fashion, with advice from Fauci and other federal experts.

"To some extent, top public health officials and governors are working around the president for precisely the reason that we just saw unfold in front of our very eyes over the last hour… and that is: The president doesn't sound like he's in control on multiple levels."

Trump began claiming Monday on Twitter that he had the authority to lift the coronavirus shutdowns in place across the country and could overrule state governors, even though the Constitution gives him no such powers. It’s been the governors who have enacted stay-at-home orders under the individual states’ authorities.

President Trump’s attack on CNN reporter CNN’s Kaitlan Collins after she directly confronted Trump with the fact that his claim of having absolute authoritative powers that no President has ever claimed, was wrong.

When a Collins pressed him to explain his assertions of total power, Trump repeated and intensified his extreme and legally baseless position…

“When somebody’s the president of the United States, the authority is total, and that’s the way it’s gotta be.”

“It’s total. It’s total… And the governors know that.”

“When somebody’s the president of the United States, the authority is total…And that’s the way it’s gotta be.”

“The authority’s total?” the reporter asked.

“It’s total. It’s total, and the governors know that.”

“Has any governor agreed that you have the authority to decide when their state opens back up?” Collins pressed further.

“I haven’t asked anybody. You know why? Because I don’t have to,” Trump said.

Collins asked again. “But who told you that the president has the total authority?”

Many members have pointed out that, had a Democratic president claimed to have “total authority” — in general, or concerning telling governors what to do — right-wing media would have been up in arms. But when it’s Trump, conservative media completely swallows the whole of his absurd claim and without complaint.