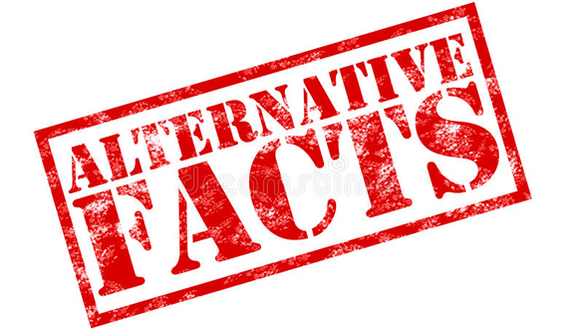 No wonder President Trump’s approval levels are stuck between 38% and 43%. Fewer and fewer people are buying into his apparent insanity. We've been living with the President's "alternative facts" (lies) for 1320 days, 4 hours, 24 minutes and 52 seconds. Who's counting!

Being a serious fact-checker assigned to cover Donald J. Trump, the past several years, has become an incredibly frustrating job.

Consider what CNN fact-checker Daniel Dale argued earlier today after the president’s most recent outrageous claims against Democratic nominee Joe Biden in the last 48 hours. Dale described them as being “almost too stupid to fact check.”

Dale’s frustration over Trump’s veracity once again took a hit after his Fox News in which he told Laura Ingraham that Biden’s campaign is run by “people in dark shadows.”

“Joe Biden is his own man; his campaign is run by Democrats, many of them conventional Democrats for many decades. And they’re no shadowy figures on the streets or in dark clothing pulling Joe Biden’s strings. This is another dishonest attempt by Trump to try to foment fear about a candidate who has been in the public eye for many years.”

To be fair to President Trump, people who have suffered from an arduous emotional traumatized life often suffer from intense paranoia and hallucinations that come out of now where.