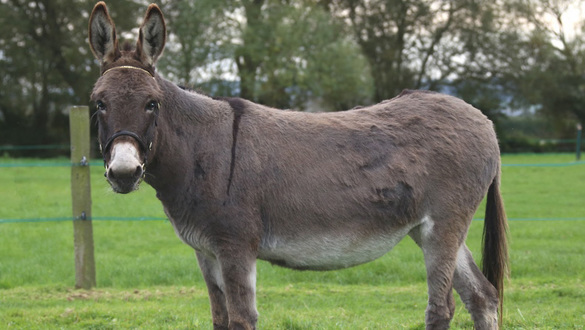 Government exists to keep us safe, and as a leader on the COVID-19 frontline, DeSantis comes up short.

In what can be seen as a paramount dereliction of gubernatorial responsibility, Governor Ron DeSantis (R-FL) is failing his GOP constituents, the people of Florida, and his oath of office.

Even among the 12 governors who have refused to impose statewide mask orders, DeSantis stands apart. He is the only one who forbids cities and counties from enforcing local mask orders or levying fines on businesses that pack in people. This is in a state that, as of yesterday, reported 1,376,700 infections and 22,415 deaths.

Mr. Governor, prove to the people once and for all, you are not an ‘Ass.’ You need to answer a vital question, ‘Where’s Your Definitive Plan to Bring the COVID-19 Vaccine to the Citizens of Florida.’  Every general going into battle against a deadly enemy, and COVID-19 is a mortal enemy, has a plan.  Where would we be today if it were not for Roosevelt, Churchill, Eisenhower, Montgomery, and other leaders during World War II if there was no D-Day Plan?  Thousands of Americans that could have been saved were not. We would be speaking German or Japanese today as a national language.

It is not Florida hospitals’ responsibility to assume your ‘passing of the baton’ to put into action a logistical plan to dispense critical vaccine. You may have read they are treating the coronavirus and other emergencies.  Stop playing God, Stop blaming everyone else, and Start taking your sworn responsibility seriously!  This is the job of the Governor.  People are dying! Present your master plan and implement it. Going on a photo op here and there and leaving bread crumbs of vaccine behind is not what we hired you to do.

CNN anchor Brianna Keilar called Florida Governor Ron DeSantis an “ass” on Tuesday after he sparred with a reporter about his state’s vaccine distribution. CNN reporter Rosa Flores asked what Florida citizens are asking among themselves is there an alternative agenda that we are not receiving the vaccine or is there a cover-up for his own leadership failures.

If you cannot perform the job responsibilities as a true leader in a time of a true state emergency, say it!  If the federal government screwed up and there is no vaccine allocation for Florida residents, tell us!  If you are incompetent to do the job, step aside.

Flores went on to ask a second time what had gone wrong with vaccine distribution, noting that some seniors in the state had to wait in long lines. DeSantis said the state would not dictate how hospitals distribute the vaccine, and he criticized Flores for not doing her own research on the situation.  Again I ask you, Mr. Governor, what do the hospitals have to do with logistics.

Miami’s public hospital, Jackson Health System, rolled out an online platform Tuesday morning to schedule vaccinations. It went live at least two hours earlier than the hospital had announced it would, and in less than two hours, its 12,000 slots were filled, leaving many people angry that they were unable to secure an appointment. A hospital spokesperson said they would continue to open slots as more vaccines become available.

With the second-highest number Covid-19 cases in the state, Broward County launched a sign-up website for their drive-through vaccination system last week, but it crashed hours after going live because of overwhelming demand. The website was taken down for maintenance. Shortly after relaunching Monday morning, the county’s health department announced that its 26,465 slots were filled.

In Daytona Beach and Lee County in southwest Florida, thousands of older adults camped out overnight in long lines after their county health departments announced they would distribute vaccines on a first-come, first-serve basis.

“I’m not going to say there haven’t been any problems, but I think, all in all, the distribution has gone probably better than what would reasonably be expected,” DeSantis said.

Governor DeSantis, it’s now time to step up to the plate and do a Florida Governor’s job.  Or step aside and let one of many qualified people who can handle this deadly emergency and not play politics. You have the opportunity to show us you are not an ‘Ass.” Remember the GOP mascot is the elephant!