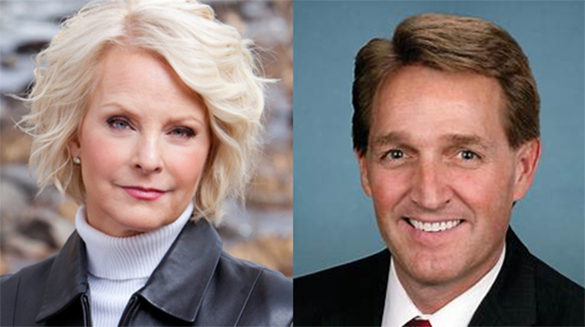 While we celebrate Senator John McCain’s life, we are deeply concerned about his legacy. There are only two people who can fill his shoes in the Senate capable of protecting his legacy, our nation’s Constitution, and the rule of law.

Yesterday was Senator John McCain’s 82nd birthday. Today, the citizens of Arizona – in a special ceremony in the state’s capital – are paying respect to him and his amazing service to Arizona and our country as a warrior, diplomat, legislator, and statesman.

As we celebrate Senator McCain’s remarkable life, we are eerily aware of the political temperature of our country and the danger of not having the Senator’s maverick, independent voice speaking out in Washington any longer.  All the while, the danger from enemies foreign and domestic attempt to subvert our Constitution with the goal of killing our Republic’s democracy and replacing it with an Authoritative Kleptocracy like those that exist in Russia and Turkey.

We, therefore, urge Governor Doug Ducey to appoint either Mrs. Cindy McCain or Senator Jeff Flake to the U.S. Senate seat belonging to the late Senator to finish the remaining two years of his term.

By appointing Cindy McCain, the state of Arizona and the country would be assured that Senator McCain’s unfinished business will be completed by the one person who knew him best, his wife of 38 years. She has the education, intelligence, and the experience to more than hold her own in Washington D.C. and serve the best interests of the people of Arizona and our country.

If Mrs. McCain turns down the appointment, we urge Governor Doug Ducey to appoint Senator Jeff Flake to the Senate. By giving Senator Flake the balance of the two years of Senator McCain’s term, Arizona and the United States would be assured that Senator’s legacy is protected. Senator Flake would then be positioned to run for re-election to the Senate in 2-years in what may become a much more favorable environment for a true conservative to win re-election.

Failing to appoint either Mrs. McCain or Senator Flake would almost assuredly result in the Arizona Republican Party losing both Senate seats in the next two elections.