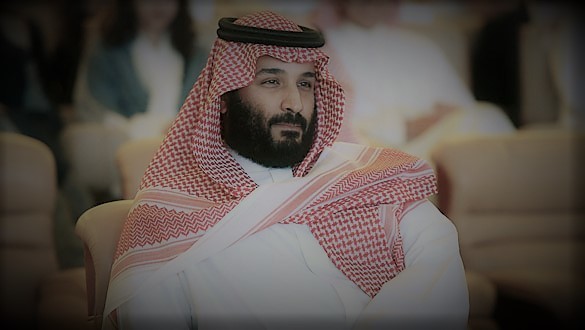 Trump is proving to be a coward and asset of the Saudi Arabian regime. Saudi’s are raising the price of oil by cutting production in order to sabotage Trump’s re-election.

The old joke about… how you can tell when a Saudi Prince is lying? Has a very recognizable punch line … when his lips are moving, and he’s trying to pay off as many witnesses or just order them murdered to shut them up – isn’t very funny but it’s true.

Trump’s revamped CIA concluded this past week that it has concluded with "high confidence" that Washington Post journalist and U.S. resident Jamal Khashoggi murder was ordered by Saudi Crown Prince Mohammed bin Salman (MBS), according to Washington Post reports, citing people familiar with the matter.

Mohammed bin Salman (MBS) has lied to anyone willing to listen to his repeated assertions that he was not involved in the murder. His insistence he would punish those responsible amounts to a huge pile of bullshit.

The CIA report is "the most definitive to date linking MBS to the pre-meditated murder and is going to make it very hard for Donald Trump liar in chief, to help cover up the crime.  All one has to do is understand the mass murder of hundreds of thousands of civilians in neighboring Yemen and the intentional starvation of 14 million in that country to understand that  Saudi Crown Prince Mohammed bin Salman is guilty of crimes against humanity and to understand his ruthless”.

Considered by Trump and his GOP sycophants as a reformer, MBS is in fact as guilty of some of the most heinous crimes against humanity making him one of the biggest mass murders so far in the 21st Century. As a result, we all as Americans must ask ourselves are we the citizens of United States through our Fake President guilty of genocide, crimes against humanity for failing to separate ourselves immediately from this brutal murderous regime?

Trump showed just how corrupt and weak he really is by only sanctioning 17 people for the premeditated murder of Khashoggi. Among those sanctioned were Saudi Consul General Mohammad Alotaibi, who oversaw the Istanbul consulate, and Maher Mutreb, a senior Saudi official who allegedly coordinated the attack. A few days before the Saudi regime previously announced it would seek the death penalty against five people who allegedly played a role in the killing.

·        When will Special Council Mueller reveal what he as on President Trump?