Christian PAC Decree: Trump, Position of our Savior is Filled 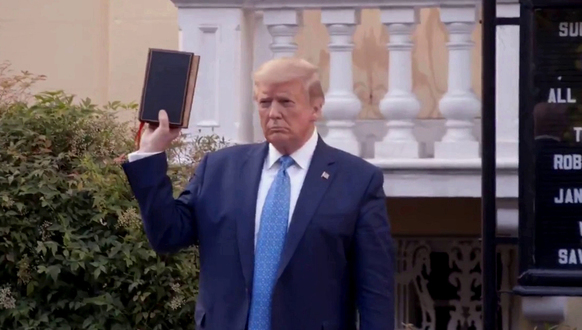 While Trump maintains a strong following from white Christian voters, his attitude and heartless use of the Christian faith to further his political interests are not proper.

“We know you need the support of Christians like us to win this election. But you can’t have it.” 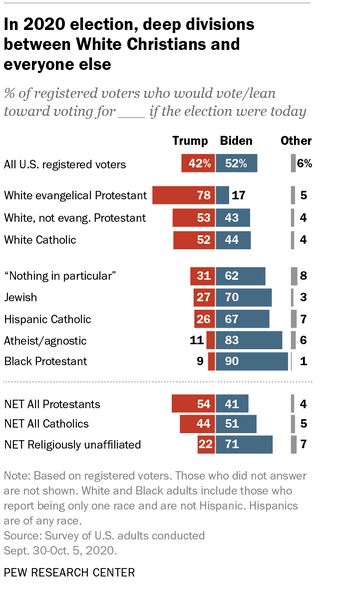 Among white Christian voters, Trump is still the popular pick for president, with majorities of white evangelicals; white Catholics and white non-evangelical Protestants telling Pew Research Center they were slanted toward voting for Trump. However, since white Christians make up a  sizable portion of the electorate ― making up about 44% of registered voters ― a small downward shift in voter preference could become a significant factor in a few crucial swing states.

But not every Christian group is happy with Trump’s performance and views directed in a manipulative fashion to use their faith to hist political advantage.

As an example, Trump’s recent photo opportunity uses a Bible and St. John’s Church as a backdrop for a message that is “antithetical to the teachings of Jesus and everything the church stands for,”  Bishop Mariann Edgar Budds stated.

The President just used a Bible and one of the churches of my diocese as a backdrop for a message antithetical to the teachings of Jesus and everything that our church stands for. To do so, he sanctioned the use of tear gas by police officers in riot gear to clear the church yard.

The President did not pray when he came to St. John’s, nor did he acknowledge the agony and sacred worth of people of color in our nation who rightfully demand an end to 400 years of systemic racism and white supremacy in our country.

We in the Diocese of Washington follow Jesus in His Way of Love. We aspire to be people of peace and advocates of justice. In no way do we support the President’s incendiary response to a wounded, grieving nation. In faithfulness to our Savior who lived a life of non-violence and sacrificial love, we align ourselves with those seeking justice for the death of George Floyd and countless others through the sacred act of peaceful protest. 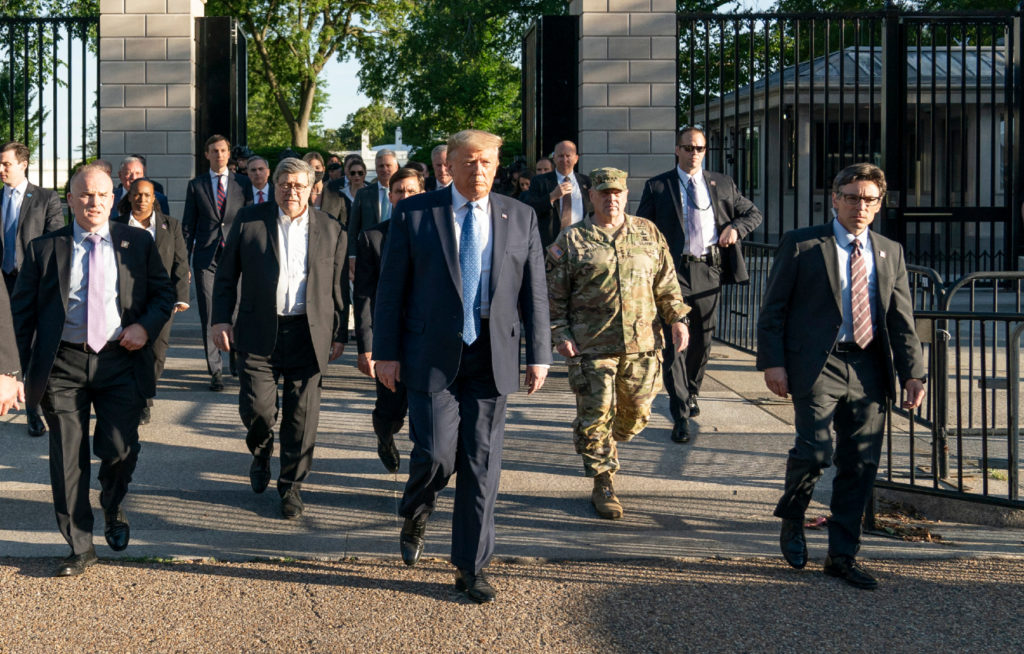 Immediately following the flagrant self-promotional op at St. John’s Episcopal Church, the church pledged to support George Floyd protesters even after being damaged in a fire by protesters.

A new bipartisan Christian super PAC is taking on President Donald Trump with a new ad that accuses him of insincerity in matters of faith.

This group comprises prominent Christians from both sides of the aisle, including a past faith Michael Wear adviser to former President Barack Obama.  Called Not Our Faith, the new super PAC plans to roll out six-figure TV, and digital ads focused on Christian voters right before the November 3 election. The first digital ads began running in Michigan and Pennsylvania and took a sharp aim at Trump’s claim to a foothold with Christians.

“Mr. President, the days of using our faith for your benefit are over,” the ad from Not Our Faith warns. “We know you need the support of Christians like us to win this election. But you can’t have it.”

“Like much of his presidency, his approach to Christians weakens rather than strengthens them,” Wear stated. “And he shows exactly how much he values faith when he lumps it alongside petroleum and firearms.”

The Obama adviser further noted that for Christians, “the position of Savior is already filled, and Jesus is one person Trump can’t fire or bully.”

The spot also accuses Trump of “using Christianity for his own purposes.” It shows footage of his Bible-toting photo op in front of St. John’s Episcopal Church, across from the White House, after having peaceful protesters teargassed to clear the area for him.

"Not Our Vote. Not Our Faith.”