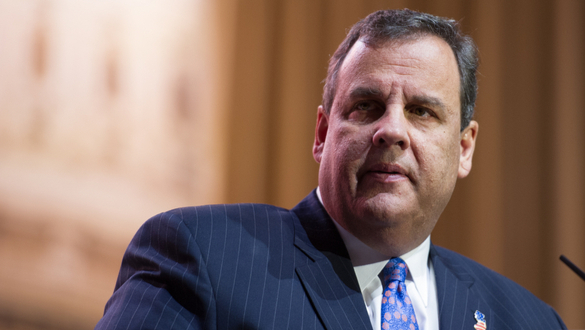 Former New Jersey Governor Chris Christie is gambling former President Donald Trump's iron grip on the Republican voters will come to an end. He's publically warned that if the GOP doesn't move on from the 2020 loss, it will possibly doom their 2022 mid-term and 2024 general election chances.  In doing so, he's started a war with Trump.

New Jersey Governor Chris Christie, fresh off his warning to the 71+ million Republican voters in 2020 that its time to move on and accept the results that delivered Joe Biden to the White House as the country's 46th president is now claiming he rejected Donald Trump's offer to serve as his chief of staff in part because of the former president's "big mouth," according to a news story released by the Daily Beast.

As is the case with many politicians gearing up to run for president, Christie has released a new book entitled… "Republican Rescue," In it Christie claims that when Trump leaked details of their meeting about the chief of staff job to the media after the 2016 election — and later admitted to it proudly in a phone call, he was convinced accepting the job was impossible.

In a nutshell, Christie says Trump's big mouth and inability to play his cards close to his chest was a deal-breaker. Trump isn't likely to see this as a friendly disclosure. Christie writes in his book…

"If I had any doubts about my decision, at that moment they entirely disappeared"

As if Christie hasn't already in recent days risked drawing Trump's ire; he was among the first in the GOP to recognize and say publically over ten months ago that Biden won the election.

Now he's going on in his book to point out another factor in his decision not to join the administration was "aggressive" behavior from Jared Kushner and Ivanka Trump. This will undoubtedly enrage Trump and make Christie at 400+ lbs a massive target in the days, weeks and months ahead.

As most Americans realize by now, you're either with Trump or a scumbag enemy that he will try to disparage and destroy without mercy.

The conflict between Kushner was set in motion years ago when Christie, a federal prosecutor, sent Jared Kushner's father, Charles Kushner, to prison for tax fraud. The prosecution set in stone a "long-standing beef" between Kushner and Christie.

At their meeting to discuss Christie becoming Trump's Chief of Staff, the former president agreed with Christie's suggestion that he shouldn't manage Jarred Kushner and his wife, Ivanka Trump. Then according to Daily Beast, Christie describes in his book…

"The next morning, he received a phone call from Jared, who extended an olive branch and offered that he would be 'fine' with the man who locked up his dad becoming chief of staff… 'I'll be fully supportive of you.'

This was a hint that Trump was going to involve Kushner in all of his decisions. A reality that was magnified by Ivanka Trump, who called Christie's wife and said…

"I know there have been problems between the governor and my husband's family in the past. But you have my word, wife to wife, mother to mother; that I will make sure that nothing like that happens if the governor comes here."

"By that point, I had pretty much decided there was no way I was going to take this job. And the high-pressure campaign from the next generation, especially Ivanka's call to Mary Pat, wasn't about to convince me otherwise."

At the time, it was reported that Christie withdrew from consideration for the chief of staff position due to family reasons or because he wasn't formally offered the job. But Christie says he rejected the job due to Trump's "loose lips."

In his soon-to-be-released book, Christie recalls…

"The meeting featured Trump aggressively selling the job and erupting when the ex-governor demanded he would have the right to decide if and when a chief of staff does media appearances."

Trump ultimately offered Christie the job and gave him the night to think about it. But, Christie was taken back within hours, when the media was reporting about their meeting and its details. Christie writes in his book…

"I couldn't help but wonder. There were only three people in that room at the White House. I knew I didn't leak the story. It seemed unlikely to me that Melania did. Who was left? Did Trump have someone leak that story even before I'd gotten off the train?"

When Christie called Trump to reject the offer, he asked about the leak, pointing out that he told Trump…

"I can tell you for sure I didn't leak it. There were only three of us in the room.

Trump immediately confessed to doing the deed himself; according to the Daily Beast, Christie writes…

"He sounded very proud when he said that adding that Trump's admission affirmed his decision to turn down the position."

In another chapter, according to the Daily Beast, Christie writes that in several 2020 debate prep sessions…

"Trump either grew bored or interested with the task at hand, often ending the meetings early or suggesting he did not need any preparations whatsoever."

According to Christie, Trump "seemed keenly interested" in reviewing his book before publication. But he declined because he feared the manuscript "might fall into the wrong hands."

Christie's new book "Republican Rescue," the former governor avoids the fact that when he left office, his approval numbers in New Jersey had fallen into the low 30's. He was clearly under a cloud created by what came to be known as the "Bridge-Gate" scandal. Trump selecting him for any position in his administration would have been a severe issue. More than three years later, Christie is preparing to run against Trump and the rest of those in the party that will chase the 2024 Republican nomination. Based on Trump's modus operandi, Christie is risking an all-out attack from Trump that won't end even if Christie wins the 2024 primary.

Chris Christie hits back at Trump | Axios on HBO