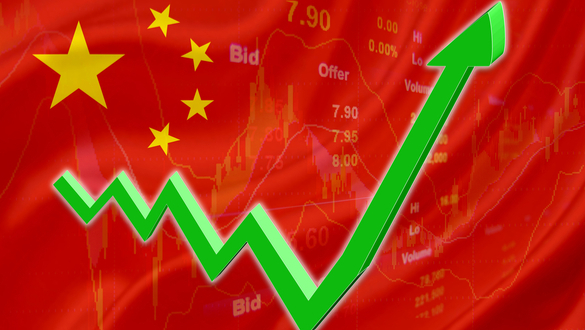 President Donald J. Trump’s needs an end to the U.S. China trade war; he started last year by unilaterally imposing sanctions on China.  On Friday South Dakota’s Gov. Kristi Noem (R) said President Trump's trade wars have "devastated” her state and urged his administration to complete the trade talks with China and end the trade war.  At a conference hosted by Politico, she said…

“South Dakota has been devastated by the trade wars that are going on,” Noem, whose state relies heavily on agriculture.”

“I have consistently been an advocate for wrapping up these trade discussions and making sure we’re getting access to better markets.”

“I think the administration wants to do this, we have been treated unfairly in the past, and they recognize that and want to have better trade agreements.”

Trump imposed tariffs of 10% on $200 billion worth of Chinese imports that resulted in China responding with similar tariffs on American goods being imported into China, and a boycott on buying U.S. agricultural products mostly from red Trump supporting states. Trump had threatened to raise the tariffs to 25% on March 1, 2019, if China refused to lift trade barriers, give concessions on currency issues and restructure its economy to allow U.S. firms a fairer shake in their business dealings in China.

South Dakota Republican’s Gov. Kristi Noem is just one of many red state Governors, Mayors and legislators that have spoken out recently who are incredibly worried about the impact of the ongoing trade war with China and its impact on their state’s farmers.

Over the weekend President Trump announced the March 1 deadline is going to be extended beyond March 1, 2019. This morning Trump expressed his optimism that a new trade deal that would settle the trade war may be signed at a late March trade summit with Chinese President Xi Jinping at his Florida Mar-a-Lago estate but didn’t offer any details on when exactly the meeting might be or how long he expects the tariff extension to last.

China Analysts say President Xi would not be able to leave China before the end of the annual “Two Sessions” meetings – a China government event that won’t be finished until late March. Trump on Monday insisted China and the United States negotiators are making substantial progress toward ending the trade war between…

“It looks like they will be coming back quickly again,”

“We are going to have a signing summit, which is even better,”

“We are getting very, very close.”

News of the approach of a settlement to the trade war have served to drive both U.S. and Chinese stocks higher. Many political observers are saying…

Trump wants a deal, not a war with the 2020 election on the horizon, and the damage being caused to red state farmers has been financially horrific. China is like to offer a more extended shopping of their demands, offer efforts and assurances of no further Yuan devaluation, and both better intellectual property rights protections for U.S. businesses, along with fewer forced-joint ventures.”