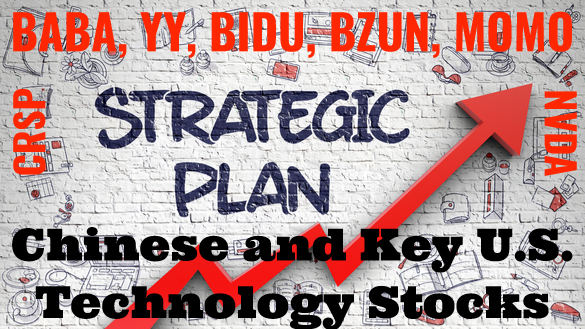 Stocks like BABA, YY, BIDU, BZUN, MOMO have been running back up in recent weeks as we at WSR predicted in anticipation of a trade deal being signed. Hopes of a late March Trump/Xi summit have been dashed.  A late April summit between the two leaders looks likely. Chinese and key U.S. technology stocks like NVIDA will run-up even more when it looks like a deal is going to be made.

We have been predicting a big rally would unfold for key Chinese equities for a few months both as the likelihood on the end of the Trump Chinese Trade War is perceived by the world’s financial markets. That’s been happening. Now we are predicting, and even bigger rally will take place when President Trump and President Xi set a date for a summit designed to finalize the end of the trade war is announced.

The next summit was expected to take place in Mar-a-lago at the end of March, but the Chinese are now pushing for Mr. Xi’s trip to take the form of a state visit to Washington. The Chinese strategy is to put as much of a spotlight on the next summit to hopefully prevent President Trump from walking away from a less than an optimal trade deal. So, a “State Visit” in coordination with finalizing a trade deal would offer optics too good for President Trump to walk away.

A new Chinese trade deal will likely drive many Chinese technology, fin tech, social media, and online stocks up by as much as 40%. U.S. stocks like Nivida (NVDA), Apple (AAPL), CRISPR Therapeutics AG (CRSP) to name a few could also see a rally of 30% to 40% if a deal is signed that protects intellectual property and patents.