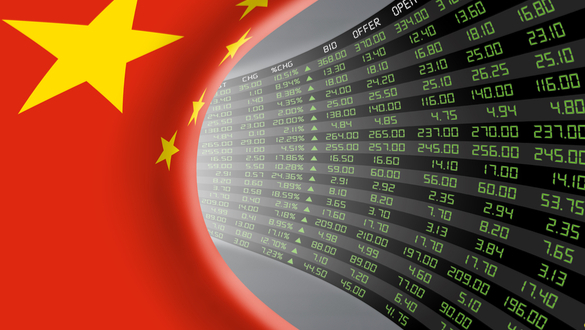 The Chinese stock market is already the hottest market so far this year. The widespread belief that the Trump Administration is about to end its trade war and come to an agreement on enough issues, to send many Chinese equities soaring.

Morgan Stanley Capital International (MSCI Inc.) announced yesterday that it intends to boost the weighting of China’s onshore shares in its emerging market index by over $46 billion. News of the re-focus back into the Chinese equity marker sent Chinese equities climbing to their highest levels since June today, which means they’re up 20% this year.

China and international financial market and financial analysts were buoyed yesterday as news broke that President Trump was unable to get even the appearance of a deal with North Korea because they know that he is desperate for a deal from any source. The failure to make any headway with North Korea makes getting a deal with China that ends the considerable economic pain the United States is going through that much more critical. The amount of economic damage that can be attributed to the President’s trade war now exceeds $68 billion, and the number of Republican Governors from red-states screaming bloody murder is growing.

Presidents Trump and Xi are likely to meet at Mara-a-Lago estate in Florida the last week in March to finalize their newly negotiated deal.

MSCI Chief Executive Officer Henry Fernandez decision to allocate much more money to Chinese stocks increasing his fund's weighting to 3.3% from 0.7% will take place in three buys between May and November.

Markets in Southeast Asia could lose out amid the higher allocation to China, according to Morgan Stanley.