Chinese Rocket Is Falling Back To Earth 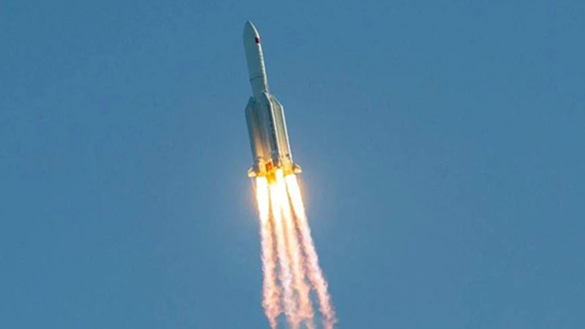 China Successfully Launched a variant of the Long March-5B, one of the Most Powerful Rockets in the World. Its stage two core booster is falling uncontrollably back to Earth.

“Space debris is becoming a major problem, much more than a few years ago when you only had to make a few maneuvers to avoid it,” ESA’s new Director-General, Josef Aschbacher, told the European Space Debris Conference.

On April 21, 2021, there were a few minutes of anxiety as the astronauts began to wind down for the night before sleep.  NASA California flight control informed the crew that a piece of space debris would come within considerable close call range to the spacecraft.

As the number of launches and the satellite constellations, including SpaceX’s Starlink system, increases, a low-Earth orbit is becoming more and more littered with debris. So experts have repeatedly warned about the possibility of collisions.

According to the reports, the space station-bound crew was not expected to have enough time to get out of the way of the object’s path, and no countermeasures were performed to avoid the collision.

As predicted, the time of closest approach did not happen, the small chunks of debris were not detected and nothing happened.

That occurrence is an everyday concern from the thousands of pieces of space debris orbiting the Earth for those people working in space.

Not so much for the people living on the surface of the planet.  However, there is cause to keep a concerned view on the heavens.

The United States Space Network, a department within NASA that tracks space debris with a full kilometer above the surface and reports it to the space agency, finds over 13,000 objects with a diameter of four inches or more in orbit.  The number of objects has been increasing steadily since 2000.

Moreover, locating non-organic debris such as non-burning space debris can be extremely difficult since it doesn’t naturally fall in any particular place and is most likely distributed across the sky.

Today, the European Space Agency estimates that there are nearly 129 million objects in space, most of them only between 1 millimeter and 1 centimeter large.

Space debris is now becoming a concern for those working here on Earth.

Late Wednesday, China launched the Tianhe 22.5-metric-ton module, the first module of its space station, into orbit. The mission core stage booster also entered orbit and is now slowly and inexplicably descending back to the Earth.

The Long March 5B rocket, a version of China’s largest rocket, successfully launched the 22.5-metric-ton Tianhe module from Wenchang, China. The Long March 5 rocket uses a core stage and four side boosters to get its payload into low Earth orbit.

It is that core stage that is now on a reentry trajectory, and a few tons of it are predicted to reenter the Earth’s atmosphere in the next week in an uncontrolled descent.

Its orbit will decay as it is reduced by atmospheric drag, causing it to come closer to the Earth’s surface.

The speed of this process varies based on the size and density of the object and the influences on an atmospheric and solar fluctuation.

There is a multitude of potential locations for the landing point given the orbit of the satellite. It can be anywhere between northern China and New Zealand and southern Chile, north as the northernmost tip of New York State.

Such stages are generally do not exceed the required velocity or enter the atmosphere but do so at significantly lower speeds and then burn up and come back down.

Deorbital burns are a common feature of rocket and space vehicle builds that employ second stages. They have higher maximum time-in-of-orbit burns, either to minimize the chances of a collision with other vehicles or the amount of time spent in orbit.

During the Long March 5B flight, the first stage also reached orbit and reentered the atmosphere uncontrollably six days later.

According to the U.S. Space Force’s 18th Space Control Squadron, reentry occurred over the Atlantic Ocean. If the incident had occurred 15-30 minutes later, the wreckage would have fallen on American soil.

Tianhe separated from the launcher’s core stage after 492 seconds of flight, entering its expected initial orbit.  Even though the spacecraft is in a planned, controlled orbit, the rocket’s core stage will experience orbital decay as it interacts with the Earth’s atmosphere.

The most commonly assumed outcome is that any orbital debris would be sublimated into the ocean or unpopulated areas and uncontrolled crash into those regions, but there is still a chance of injury or property damage during reentry.

A colossal U.S. Skylab space station weighing in at 77 tons experienced a catastrophic breakup over Western Australia in 1979, raining debris over the small town of Esperance and nearly the southern part of the state’s coastline.

In 2018 China lost control of Tiangong-1 long before the reentry, and as a result, it experienced uncontrolled reentry of an 8.5-ton spacecraft,

This new core stage reentry could be the largest of its kind to have previously hit a land surface.

The Daily Briefing For May 13th: Stocks Recover From Overnight Weakness