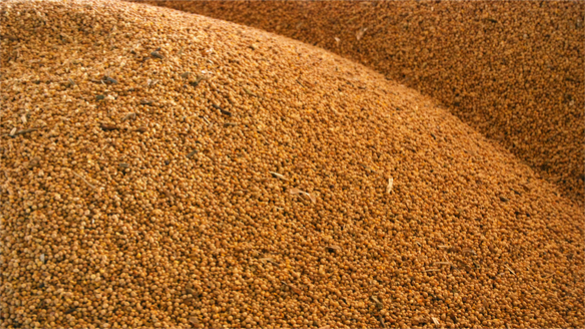 The Chinese are clearly doing everything they can to end President Trump’s trade war. By starting to buy U.S. soybeans, they’re trying to show good faith.

Chinese state-owned firms resumed its purchases of U.S. soybeans on Friday, with the purchases of an estimated 1 million tons. These purchases come a day after high-level bilateral talks held in Washington D.C. reportedly showed significant progress in reaching a trade deal. Vice Premier Liu He of China announced, China would buy at least 5 million tons on Thursday, as the talks were temporarily recessed to give both sides time to contemplate the offers on the table.

Soybean futures rallied on Friday on news of the Chinese purchases, but the gains in futures prices were at best small because the 1 million tons barely makes a dent in the enormous stockpiles here in the United States and around the world. Also, Brazil, the world’s top grower and a lower cost producer of soybeans, is expected to enjoy a bumper crop this year.

“It’s very likely that the Chinese will buy an additional 4 million tons soybeans in the US market to make good on the Vice Premier Liu He’s promise on Thursday and the Soybean prices will be buttressed. However, don’t expect a genuine rally given the immense oversupply in the market.”

The Chinese purchases by state-owned firms are immune from the 25% import tariffs imposed by the Chinese government in retaliation to President Trump’s tariffs imposed on Chinese imports into the United States. However, those Chinese tariffs in U.S. soybeans are still in effect for U.S. soy imports by Chinese commercial firms.

The Chinese market for soybeans is the largest in the world. Exports from the United States have collapsed as a result of President Trump’s Chinese trade war and have sent the price of soybeans to their lowest levels in a decade. The price decline is putting U.S. farmers in a struggle not only to turn a profit but to survive. China has shifted its purchases of soybeans to Brazil.

President Trump and China are strongly motivated to nail down a trade agreement and end the trade war. President Xi is facing a major slowdown in the Chinese economy, and Donald Trump is wary of inflicting any more economic damage to U.S. farmers whose votes and support he needs for re-election. There’s absolutely no way President Trump can win re-election in 2020 if he doesn't have the same level of support from U.S. farmers he did in 2016.