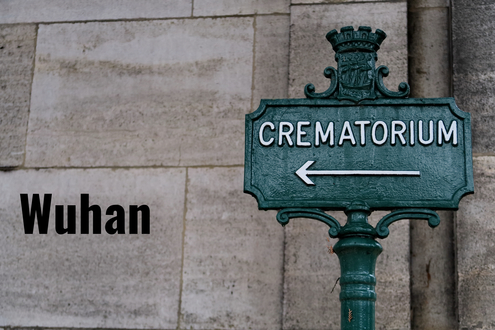 Exiled Chinese businessman Guo Wengui who lives in the United States, is claiming Wuhan crematoriums have already incinerated 50,000 cadavers of Coronavirus victims. And the infection rate has already reached 1.5 million.

Chinese billionaire Guo Wengui who has a history of blowing the whistle on his former government is claiming that his sources in China are warning that the current number of those infected with the virus and the death toll is being covered up by President Xi and his regime in an interview with former White House chief strategist Steve Bannon.

Guo Wengui claims to have inside information that China has about 1.5 million confirmed Coronavirus cases in China…

“So I got inside information. The truth is 1.5 million people is not only an observation, it is confirmed cases. And the number of people who have died, as the burned bodies show, is more than 50,000.”

Wengui told Bannon that China is engaged in a life and death struggle to contain the Coronavirus while it’s done everything it can to prevent a game-changing public outcry against it by imposing absolute censorship and tight control of the real threat to the 50+ million people that have been quarantined.

The Chinese government arrested Dr. Li Wenliang, who sounded the alarm about the disease, succumbed to an infection, and died this week while trying to get the word out about the danger of this new form of the coronavirus. After the physician died, Chinese officials tried to suppress news of his death.

The cover-up afterward led to Chinese citizens doing the unthinkable and posting a hashtag on Chinese social media asserting #IWantFreedomOfSpeech. But the Chinese government has been shutting down access to China’s social media and people who dare speak out are starting to disappear, some being quarantined with those infected while others are being jailed. 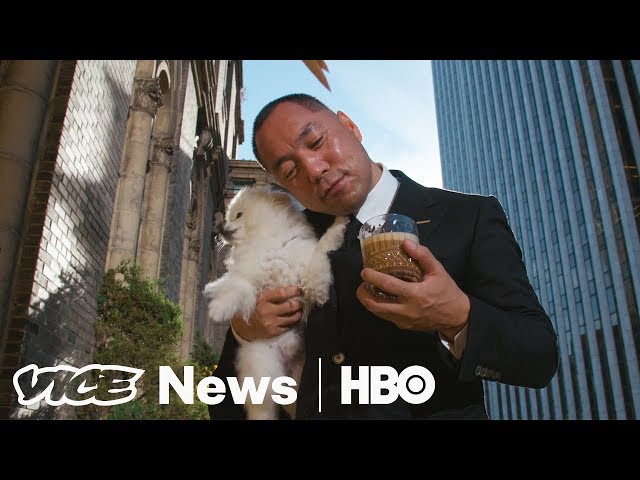 Guo Wengui was featured in a 2017 VICE profile. At the time, he published bombshell documents alleging corruption in the Chinese government. His accusations of corruption in China were accurate and confirmed by President Xi with purges around the country of those government officials corruptly abusing their authority for profit.

Guo Wengui, a billionaire real estate developer, is a mysterious and controversial figure who fled to the United States in 2015 after falling into disfavor with the Communist Party of China.

The Chinese government has smeared him since his self-banishment with charges accusing him of rape, bribery, kidnapping, money laundering, and fraud. The United States, however, even with President Trump’s habit of publically kissing President Xi’s ass at every opportunity, has declined to extradite him.

VICE News says of the accusations some have been proven false, some have been neither verified nor disproved, and that some of the allegations have turned out to be accurate. The problem, of course, there is profound corruption in China and many billionaires routinely live above the law with the full blessing of regime officials.

Wengui emphatically insists that there are 49 crematoriums in Wuhan, and they’ve been working 24/7 for 17 days.

Last week February 4th, a crematorium worker identified as “Mr. Yun” allegedly told a Chinese newspaper he and co-workers have been working 24 hours a day and that each funeral home in Wuhan are fully equipped, and all Wuhan cremation chambers have been working around the clock for 17 straight days to keep up with the funerals.

Mr. Yun went on to say at his location alone as of February 4th needed, 100 body bags a day. The Epoch Times reporting what Mr. Yun has to say, for perspective, does have a strong anti-communist party bias, but it has not failed any fact checks but is considered to have a mixed reputation in the past. It’s reporting, however, in the case of Mr. Yun has been picked up by the very credible Daily Mail of the United Kingdom.

Common sense applied to the report should acknowledge that not all the cadavers being incinerated at Wuhan’s crematoriums are victims of the result of the Coronavirus. Keep in mind that Wuhan has a population of 11 million people and there is a steady number of deaths daily from other causes. That reality wouldn’t account for the 17 days of the round-the-clock pace of cremations being reported by the billionaire whistleblower Guo Wengui.

One crematorium manager told a Hong Kong reporter that, in normal times, his 24 ovens were lit five days a week for four hours at a time. Now, he said, they have so many corpses to deal with that all the ovens are going around the clock. WallStreetRebel.com is attempting to track this claim and the identity of the Hong Kong reporter.