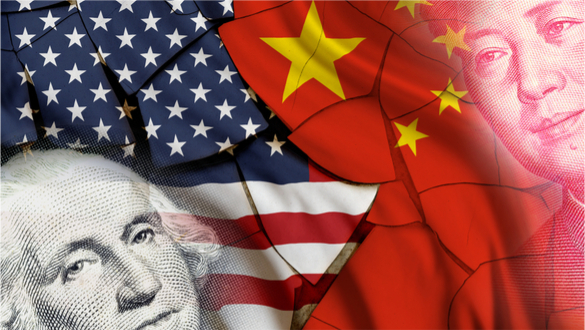 Less than a week from Trump Administration announcement it’s about to impose Tariffs on another $200 billion of imported Chinese products. China's National Bureau of Statistics (NBS) announced China's trade surplus with the US jumped to $28.97 billion, more significant than the $24.58 billion recorded in May.

This jump in its trade surplus in US dollar terms it was the largest on record, according to calculations from Reuters.

From a year earlier, the dollar value of total Chinese exports grew by 11.3%, down from 12.6% in the year to May. Despite the deceleration, that topped economist forecasts for a smaller increase of 10.0%.

This helps to explain the large upside beat for the trade surplus, imports grew by 14.1% in the year to June, down from 26% in May. Analysts had been expecting a smaller deceleration in annual growth to 20.8%.

With $34 billion in tariffs already in place, and another $16 billion arriving in less than two weeks, the US government announced this week that it may apply additional 10% tariffs on $200 billion worth of Chinese imports as soon as early September.

The comprehensive list of over 6,000 additional goods could see the United States apply tariffs on around half of the total Chinese imports entering the country.

China has already announced reciprocal tariffs on $34 billion worth of US imports and has pledged to retaliate to the proposed list of new US tariffs should they too be introduced.

Despite strong growth in both exports and imports over the year -- reflecting stronger global economic conditions as well as higher commodity prices, especially crude -- the expansion in the Chinese trade surplus with the US is noteworthy, and will only serve to give President Trump further incentive to escalate the tit-for-tat trade war between the two global superpowers.